KIRUNA, SWEDEN. The industry’s largest-capacity underground loader is helping the world’s largest underground iron ore mine stay at the forefront of technological development above the Arctic Circle in northern Sweden.

Nearly 1.5 billion tonnes of crude iron ore have been extracted from the depths of LKAB’s famed Kiruna operation since mining began in 1898. Five hundred kilometres of maintained road run through the mine, widely considered one of the world’s most modern underground operations and renowned for a commitment to innovation and implementing pioneering technology.

Kiruna’s orebody is about 80 metres wide and four kilometres long, and reaches a depth of up to two kilometres. What started as an open pit has gradually grown to become a deep, high-tonnage underground mine. Kiruna surpassed the 1,000-metre mark in 1999, and in 2012 LKAB completed an even deeper main haulage level at a depth of 1,365 metres that is expected to support iron ore production until around 2035. The deeper the mine has developed, the more costly and complex ventilation has become.

“We had to scale up the mine and for that you need bigger machines, but we saw a lot of problems to take in diesel,” says Per Brännman, who oversees the mine’s 300-person loading division. “It’s not just that you have to put in more ventilation to get a good environment; you also have to do more tunnelling. Diesel was just not an option if we wanted to have big, productive machines down here.” 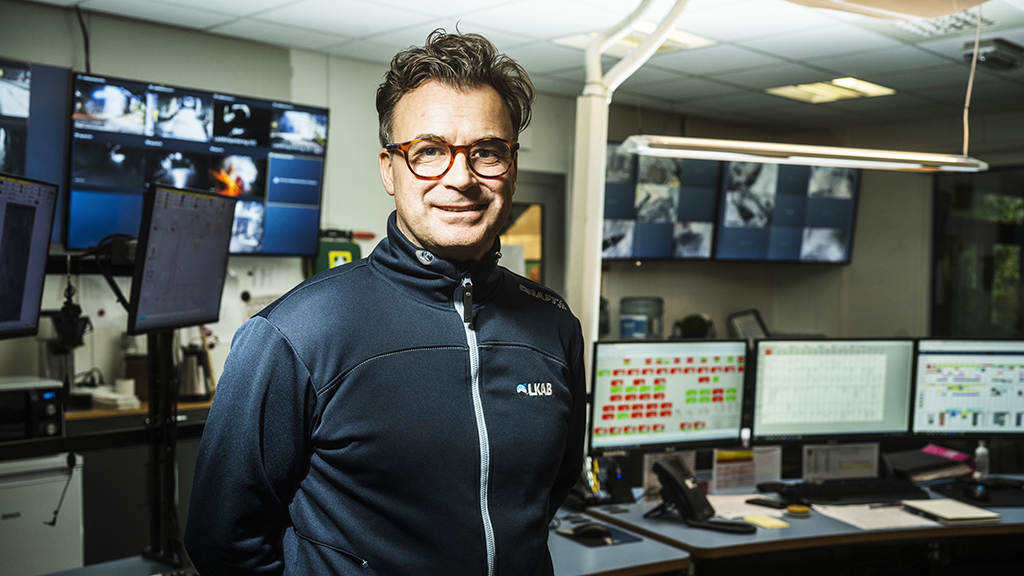 “Diesel was just not an option if we wanted to have big, productive machines down here," says Per Brännman, who oversees the Kiruna mine’s loading division.

Kiruna was among the industry’s earliest adopters of cable-electric loading, and LKAB is no stranger to the sustainability and productivity benefits of electric mining. Kiruna trialled its first cable-electric loader in 1985, and within a few years the mine decided to migrate to electric-powered production equipment.

“Ventilation requirements were one of the biggest motivators in the beginning, and better working conditions underground were an added benefit,” says Brännman, whose division’s responsibilities include scaling, charging, blasting, loading, renovating ore passes and maintaining both the equipment and the roads.

“We proved a long time ago that you can achieve massive carrying capacity and productivity without the use of traditional diesel engines and fossil fuel,” Brännman says. “We have done this since the early 1980s. We know what the electric machine can do. We want to try better here.”

Since the decision to implement electric production loading, Kiruna has steadily replaced its diesel-powered machines. Today the mine relies heavily on a fleet of 17 Sandvik LH625E electric loaders, whose 25-tonne payload capacity is essential for achieving Kiruna’s daily target of 85,000 tonnes of ore feed material.

“We are a big mine, but we don’t have areas all over the place,” Brännman says. “We have a few areas that we can load in. The machine that is there has to work. We don’t want to be a bottleneck in the mine. And if you have a lack of 25s in the mine, we can’t do our daily production.

So the capacity that you have in those machines is very important.”

The oldest of the mine’s well-proven Sandvik LH625E loaders is 13 years old and has more than 35,000 production hours, and the legacy units have outdated components. What began as a project to modernize those, and a side project to enhance the cable reeling system, ultimately evolved into a completely upgraded loader model.

“We are very satisfied with the old LH625E,” Brännman says. “So we wanted that machine, but Sandvik said to us that a lot of these things were obsolete. After much discussion, we took the decision together with Sandvik that if we can’t build an old 625, then we build a new one. And that we did.

The largest of Sandvik’s cable-electric loaders, Toro LH625iE boasts a 25-tonne payload capacity and an energy-efficient, IE4 classified electric motor to deliver a low cost per tonne. The upgraded giant features a new, low-tension reeling system to extend the trailing cable’s lifetime, and its roomy cabin contains a turning seat that swivels 180 degrees. In the area of digitalization and intelligence, Toro LH625iE loader features smart solutions such as Sandvik Intelligent Control System and My Sandvik Digital Services Knowledge Box on-board hardware as standard. For production monitoring, it can also be fitted with Sandvik’s Integrated Weighing System (IWS), as well as AutoMine and OptiMine solutions.

“Time travels fast, and what was the most advanced technology in the 1980s isn’t the most advanced today. Many parts are from the proven LH625E, but with new technology. We combined Sandvik’s know-how and expertise with this machine together with the knowledge our operators have gained from many years operating it, and out came Toro LH625iE.”

Sandvik collaborated closely with LKAB to customize the design of Toro LH625iE to meet Kiruna’s needs. These included better energy efficiency than the original model with the same industry-largest 25-tonne payload capacity, and a larger, more ergonomic operator’s cabin.

Toro LH625iE is 14 metres long and sports a four-metre-wide bucket. It connects to the mine network via a 350-metre trailing cable that enables an operating range of up to 700 metres. Its roomy cabin offers unrivalled space for operators and enables the inclusion of a unique 180-degree turning seat not possible in more compact Sandvik loaders. Operated on the steering joystick, the seat can be turned to face the direction of travel, improving operator ergonomics and eliminating the need to look over the shoulder.

“The chair is so important for me as operator,” says John-David Sundbris, who operated Sandvik LH625Es for two years and has since spent the past six months behind the controls of the mine’s first Toro LH625iE. A gold placard on the cabin identifies it as the 600th electric loader delivered by Sandvik globally.

“The swivel seat is much more ergonomic than a typical seat and it improves my visibility,” Sundbris says. “You’re following the flow with the chair and just turn it when you need to look in a different direction. It makes for much more comfortable working conditions.” 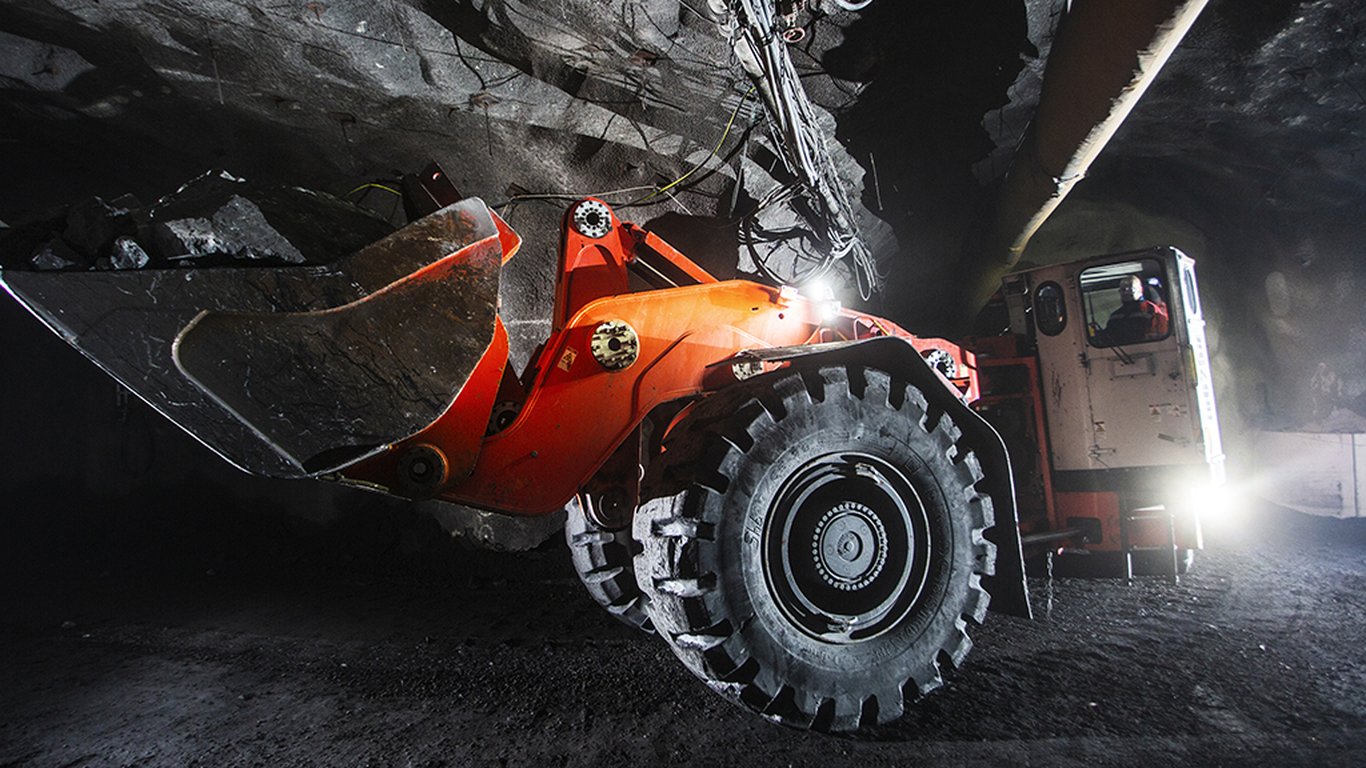 Toro LH625iE is the largest of Sandvik’s cable-electric loaders and it has a 25-tonne payload capacity. 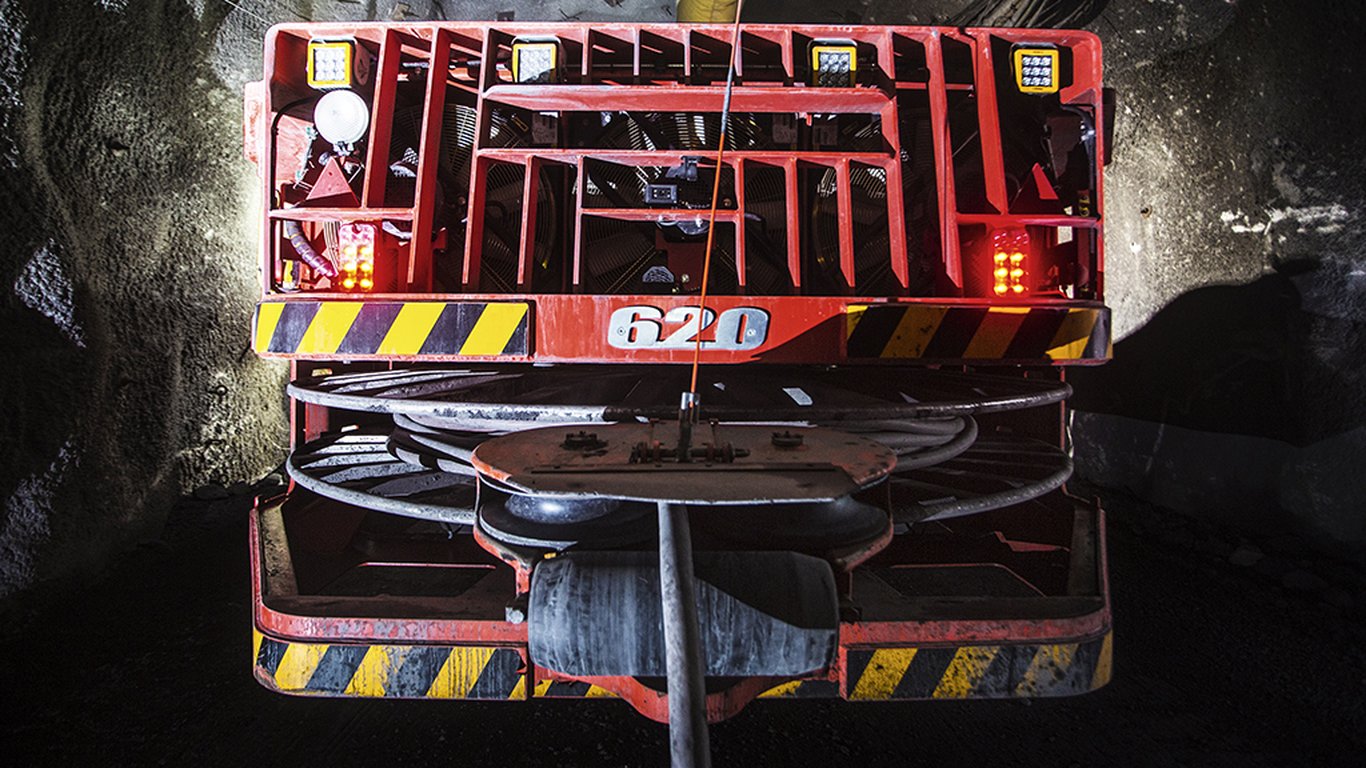 One of Toro LH625iE’s many new features is the re-engineered cable reeling system, designed to increase trailing cable lifetime. “It’s a significant improvement to increase the trailing cable’s lifetime,” Brännman says. “You can have an equal speed all the time and you then don’t get the pulls in the cable. It goes much smoother. And the cable is one big maintenance thing on the machine, so if we can improve that one, we have more production time.”

The new system initially presented some challenges, but LKAB and Sandvik worked together to overcome them.

“It’s a completely new system and you have to improve it so it works better,” Brännman says. “With some small adjustments, it works very well right now.”

Confident in testing performed at Sandvik’s factory, LKAB immediately put the prototype Toro LH625iE into a production environment in February 2020.

Luossavaara-Kiirunavaara AB (LKAB) is an international high-tech mining and mineral group. Its core business is mining and processing iron ore in northern Sweden for the global steel market. The company mines 80 percent of all the iron ore mined in Europe, producing 27.1 million tonnes of iron ore products in 2020. Established in 1890 and wholly owned by the Swedish state, LKAB had sales of about SEK 33.9 billion (USD 3.9 billion) in 2020 and employs about 4,500 people in 12 countries. Other group business includes industrial minerals, drilling systems, rail transport, rockwork services and property management.

The unit produced 140,000 tonnes of ore over its first 350 hours of operation without stopping at all, Brännman says.

“It’s really important that we have equipment with the productivity to deliver the high volume of rock we need,” Sundbris says. “If we’re not delivering the tonnes, we can become a bottleneck.”

Sundbris trams into a drift, fills the 10-cubic-metre bucket with ease and navigates to the nearest ore pass. He tips 25 tonnes into a rock bin just above the main level, where ore is collected before being transported to large underground crushers by driverless trains 1,365 metres below ground.

“It’s a strong machine,” says Sundbris, who also praises the size and functionality of a seven-inch colour touchscreen that shows vital information on a single large display and enables him to keep his eyes on the road.

“LH625iE is more digital and it’s easier to see if something happens,” Sundbris says. “Everything is more integrated in the panel. It’s a very trustworthy machine. It delivers exactly what we want, really.”

Kiruna received its second Toro LH625iE in November 2020. It will take delivery of three more in 2021 and a sixth in early 2022. With an option for two more, LKAB is changing its whole fleet to Toro LH625iE, Brännman says.

The mine also operates three automated Sandvik LH621 loaders, the largest diesel-powered loader in Sandvik’s fleet, while gases are cleared after night blasts. The third of its six Toro LH625iEs, expected in the third quarter of 2021, will also feature AutoMine.

“We’re excited about the potential of increasing our use of automation,” Brännman says.

He says the renewed giant has exceeded LKAB’s expectations.

“If you’re going to do a project like this together, you have to be very open-minded from both sides,” Brännman says. “I will recommend Sandvik because of their professionalism. In that I include open-minded, keen and very skilled. Win-win collaboration, I would say.”

Located in the town of Kiruna in Swedish Lapland, LKAB’s Kiruna mine is the world’s largest underground iron ore mine. The mine has produced nearly 1.5 billion tonnes of crude iron ore since mining began in 1898. It employs around 1,800 people, of whom 400 work in the mine. In 2020, Kiruna produced 25.6 million tonnes of crude iron ore. The mine produces around 85,000 tonnes of ore feed material daily and has proven and probable reserves of more than 730 million tonnes grading around 41 percent iron as of January 2021. Ore is shipped by railway to an ice-free port in Narvik, Norway.