More than two hours’ drive from the nearest town and served by a gravel airstrip that can be washed out for weeks on end by heavy seasonal rains, Northern Star Resources’ Paulsens gold mine is rapidly emerging as one of Australia’s most promising producers of the yellow metal.

Bill Beament, managing director of Northern Star, has a background that sets him apart from the typical run of managers heading companies listed on the Australian Securities Exchange – and it shows in the way he has been able to turn around the fortunes of the Paulsens mine.

After he graduated from the Western Australian School of Mines as a mining engineer, Beament chose not to take the conventional route of spending a couple of years in mining operations before stepping onto the management ladder. Instead, he opted to invest extra time to really learn the ropes of underground mining, spending four years as an underground worker with mining contractor Eltin.

“In that time, I turned my hand to everything I felt I needed to do to really understand what makes underground mines work,” Beament says. “I started as a general labourer, graduated to jumbo operator and worked my way via other roles to shift boss. On the way through, I used my practical experience to accumulate all the statutory tickets I would need later in my career.” 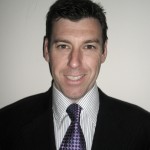 Significantly, Beament’s early drilling experience was on Sandvik jumbos, giving him an early understanding of the company’s expertise in that field and its leading position in the underground drilling market.

“When it comes to underground drills, no one comes close to Sandvik,” Beament says.

On completion of what he calls “my four-year rock-face apprenticeship,” Beament was invited to join leading underground drilling contractor Barminco, where he spent more than eight years, rising to the position of general manager of operations, with overall responsibility for 1,000 employees across 12 mine sites in Western Australia.

One of these was Paulsens gold mine, destined to feature prominently in his future.

From his complex contracting role with Barminco, Beament was headhunted in 2008 to head up Northern Star Resources, then a greenfields gold exploration company. He was driven by the desire to head a gold mining company rather than simply provide services to others.

Beament’s first task was to recapitalize the company. In 2010, with the backing of a major investor, Northern Star acquired the Paulsens mine in Western Australia’s iron-ore-rich Pilbara region for 40 million Australian dollars (28 million euros).

Its owners at the time had projected a life of only six more months for the mine, but Beament had other ideas, based on his prior knowledge of the mine as a contractor.

“I had studied the mine very carefully before I put in the successful Barminco tender, and I supervised operations there for three and a half years on the contracting side, so I had a pretty fair idea what was under the ground – and in all the projects we had looked at before moving on Paulsens, I can say I hadn’t seen a better patch of dirt,” he says.

“As soon as we acquired the mine, we focused on underground exploration drilling, ramping up from one drill to three, and were quickly able to show that Paulsens had a lot more life in it than the forecast six months.

Northern Star has extended Paulsens’ mine life to five years – “and we’re not finished yet,” Beament says.

Because the company was still running on a very slim budget, Beament’s first priority was to build a new cost-driven culture – and the first casualty was his old employer, Barminco.

The Sandvik fleet at Paulsens

“We decided we could do a better job of operating Paulsens ourselves, so we did not renew the contract and established our own in-house contracting division, which operates as an independent cost centre,” he says.

Beament placed an immediate order for a new Sandvik DD421 jumbo, which was delivered in mid-2012, followed by a new Sandvik DL431-7 longhole drill delivered just before the end of the year.

“The choice of the two new rigs was a no-brainer – these are simply the best development and production drills available anywhere in the world,” he says. “In underground mining there are three key production equipment areas – drills, loaders and trucks. In an ideal world you’d have the best of all three, but for my money I rank the drilling component first every time.

“If you’re not drilling the metres, the best load-and-haul combo in the world won’t get you over the line, production-wise.”

Northern Star’s new jumbo is delivering 86 percent availability, and two months after its arrival the company broke site records for metres developed, along with both development ore and waste tonnes broken and trucked.

The Sandvik DL431 rig, used for production and longhole drilling, is delivering a similar level of availability, and both are performing well in excess of the equipment they replaced.

“We’re getting excellent feedback from our operators,” Beament says. “The comfort and layout of the rigs means they can spend more time at the face, which means they are boosting productivity without being put under strain. The maintenance crews are also rapt with the ease of access for servicing and repairs, which helps to account for the excellent availability we are achieving.”

“It’s been a standout from the very start,” Beament says. “We organized the change-out without missing a beat, even though we had to replace all 60 contract staff with new people. And within 18 months we had managed to double production, from 250,000 to 500,000 tonnes a year, at the same time reducing production costs by more than 20 percent.

“Importantly, we were able to repay the 40 million dollar acquisition cost in less than seven months,” he says.

Beament says the company’s strong cash flow relates to the quality of the resource – Paulsens has the third-highest grade of any gold mine in Australia – and, thanks to the success of the in-house contracting division, production costs are in the bottom quartile for the country.

“In the first half of the 2012/13 fiscal year, cash costs were 640 dollars per ounce, including royalties, and total cost was 899 dollars per ounce,” Beament says. “In addition, we have saved 3.6 million dollars compared with the previous contractor’s rates. Sandvik equipment and service have helped us achieve this performance.”

About Northern Star Resources and Paulsens

Northern Star Resources has grown from a shell company to a Top-200 member of the Australian Securities Exchange in just three years, a rise that reflects the company’s status as a leading gold producer operating in the mining stronghold of Western Australia.

Northern Star’s flagship Paulsens gold mine has resources of 2.9 million tonnes at 5.6 grams per tonne for 532,000 ounces. The mineralization at Paulsens remains open on several fronts and, as recent results show, there is outstanding exploration potential within close trucking distance of the plant.