SIBERIA, RUSSIA. In the heart of Siberia, drilling contractor Altayvzryvservis handles a variety of rock types in extremely harsh weather conditions with ease, thanks to a reliable trio of rotary blasthole drill rigs.

Kemerovo Oblast, or Kuzbass, in south-western Siberia has long been known as Russia’s main coal mining region. This year marks the 300th anniversary since prospector Mikhailo Volkov found a “burnt mountain” on the left bank of the Tom river, launching Kuzbass’s centuries-long history of coal extraction.

Although coal deposits in Kemerovo Oblast were significant, progress was slow initially due to the region’s re-moteness. However, the construction of the Trans-Siberian Railway in the 1890s gave a much-needed boost to the entire area’s development, including its coal industry.

In the 20th century, Kuzbass emerged as a major coal mining region, and it remains so to this day, accounting for roughly 60 percent of Russia’s coal output and 70 percent of exports.

“Currently, Kuzbass is Russia’s leader in coal extraction, and the Kemerovo region’s development strategy through to 2035 stipulates an annual increase in coal output,” says Alexander Leonov, general director of Altayvzryvservis, a contractor providing drilling services in the area. 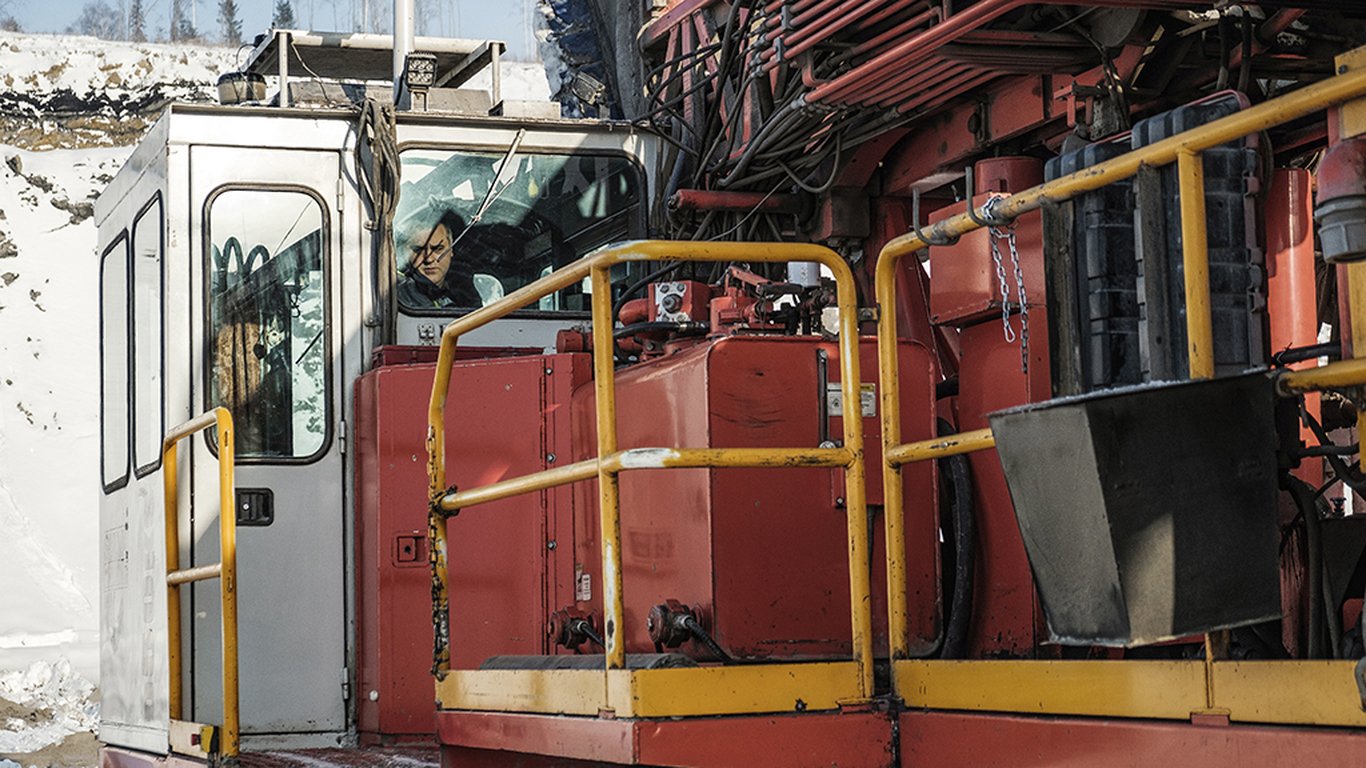 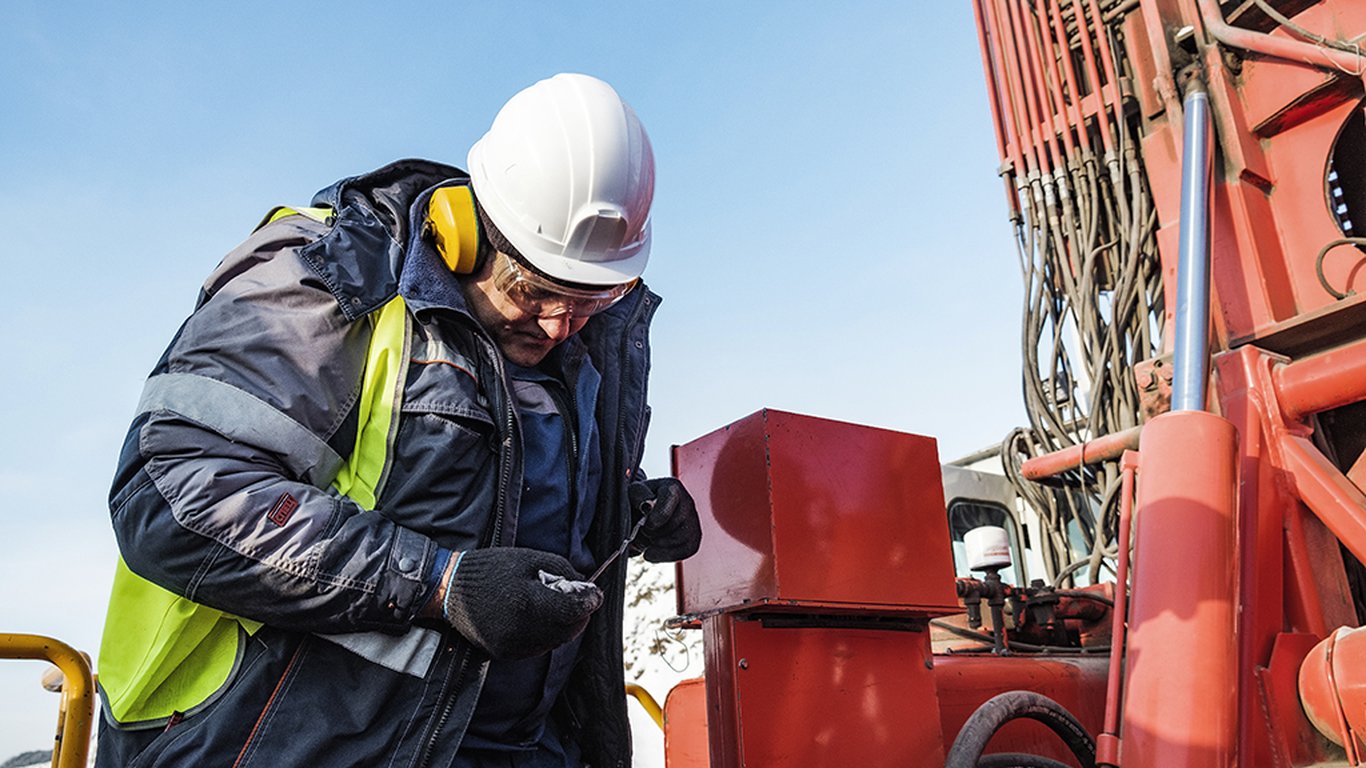 Temperatures of minus 20 degrees Celsius are business as usual when mining in the heart of Siberia.

In mid-December, the temperature hovers around minus 20 degrees Celsius and the sun shines brightly in a clear sky above the snow-covered taiga near the Kuznetsky Alatau foothills.

Here, some 40 kilometres south of the major city of Novokuznetsk, OOO Resurs, one of the Kemerovo region’s largest companies, runs the Novokazanskoye coal operation. And Altayvzryvservis is the drill and blast contractor.

Back in 2018, when the newly established Altayvzryvservis was launching operations, it was looking for a reliable drill rig that would endure the region’s harsh weather conditions. 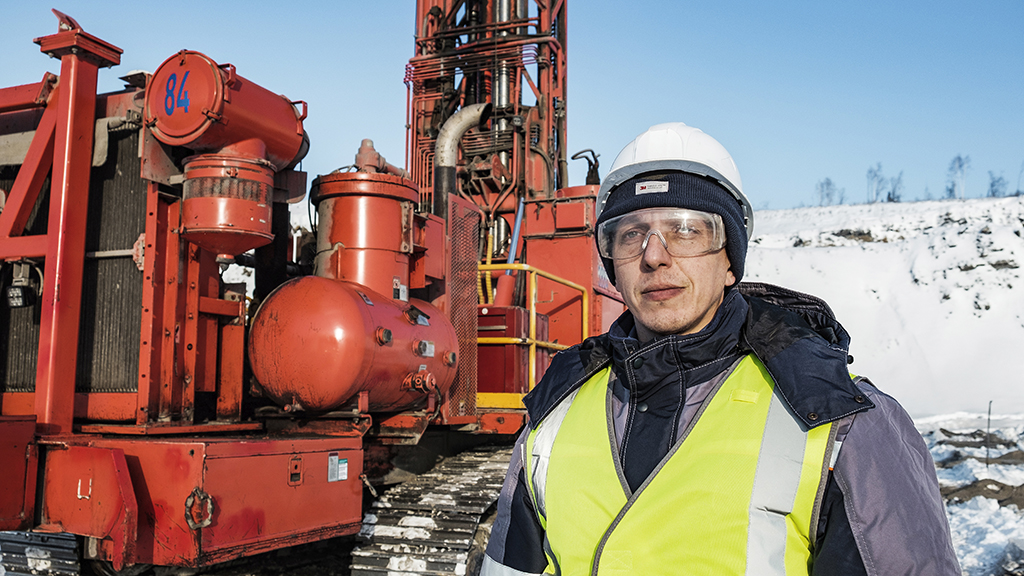 “In winter, temperatures fall as low as minus 40 degrees Celsius, and equipment has to be able to operate under these difficult conditions,” Leonov says.

Yevgeny Martynushkin, engineering director at Altayvzryvservis, says that in addition to withstanding the harsh climate, drilling equipment must be suitable for a variety of rock conditions.

“In the northern part of the region the rock is harder, in the central part it is softer, but with interlaying, and in the south, near the foothills of the Altay mountains, it is much harder again and sits next to ore deposits,” Martynushkin says. “So the drilling equipment has to meet several requirements, such as be usable in wet rock, be compatible with climate conditions – so that people and machinery don’t freeze – and, of course, it has to ensure high productivity.”

Productivity and reliability were among the key criteria for selecting the ideal drill rig, says Alexey Gorlov, Altayvzryvservis’s deputy general director for production. After consider-ing options from multiple suppliers, the contractor ultimately chose Sandvik D50KS.
“One of the main factors that influenced our decision was the fact that Sandvik has been a leader in the surface drill-ing segment for decades,” Gorlov says. 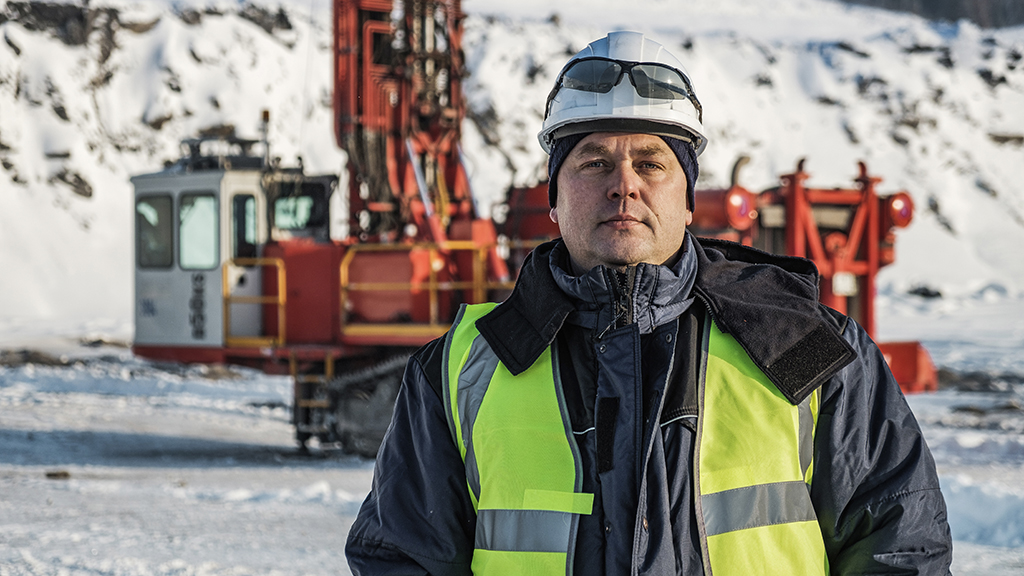 Alexey Gorlov, Altayvzryvservis’s deputy general director of production, knows what it takes to mine under Siberian conditions.

Sandvik D50KS was a new drill rig for most of Altayvzryvservis’s operational staff.

When the drill was commissioned, the contractor had only one crew of operators familiar with this type of rig, and two more crews had to be trained from scratch.

“Of course, there was an adaptation period,” Martynushkin says. “Although our personnel are highly qualified, most operators previously worked with other types of drill rigs. We had to try different settings until we arrived at the right combination, but productivity was constantly on the rise. At this point, we are confident about our monthly plans, setting a monthly drilling target between 27,000 and 30,000 metres and knowing that the machine will be able to handle that.”

“We’ve been working closely with Sandvik on enhancing performance parameters of the machine and making im-provements,” Martynushkin says.

“We are storing a substantial number of spare parts for this kind of machine to maintain an adequate availability and ensure the fastest reaction possible to any potential emergency situation,” Zapara says. 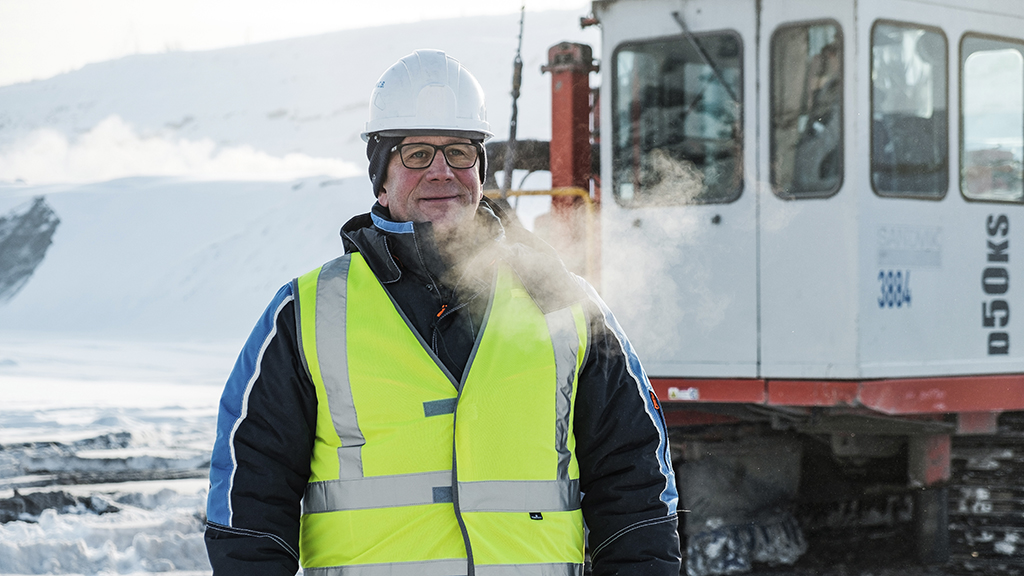 “In this region, coal deposits lie under varying types of rock, which complicates drilling. But our equipment is quite adaptable to those conditions, and the optimal drill tools are easy to select.”

Now, more than three years into operation, Altayvzryvservis’s first Sandvik machine has proven to be a reliable choice, delivering high productivity in difficult climate conditions and over a long number of operating hours.

“In three years of operation, we haven’t had any issues with this drill rig,” Gorlov says.

Operator Sergey Devyanin was part of the first crew to run the contractor’s first Sandvik D50KS.

“Throughout my career, I have operated different kinds of machines,” he says. “And this is a good one, compared with the others. It has a lot of advantages. It’s a very powerful machine.”

Moreover, as productivity constantly grew, the fleet of Sandvik D50KS rigs set several performance records across all of Altayvzryvservis’s operations.

“In 2019, our Sandvik D50KS drilled 33,000 metres a month,” Gorlov recalls. “And, in 2020, it drilled 35,000 me-tres. So we’re seeing growth year by year.” He adds that the productivity of the Sandvik drill rigs is expected to continue to grow, and new performance records are likely to be set. “This is the goal we are setting for all of our crews,” he says.

Meanwhile, Altayvzryvservis is already planning to grow its drilling capabilities in the years ahead.

“We’ll certainly need more drilling equipment, and based on our experience with Sandvik, we’ll be looking closely at what they can offer,” Leonov says. ■