“Our systems work in the real world,” says Mike Kasaba, managing director of Sandvik’s Artisan Business Unit. “We have a decade of actual underground production use. That makes us the most experienced BEV team in the mining industry. Combine that with Sandvik’s ability to manufacture and support a global-ready product and you can see how the future of underground mining is here today.”

His confidence is well founded. Sandvik has long been a leader in the electric loader market with its proven product line, built on decades-long collaboration with mining customers. Sandvik knows what mine owners and contractors typically look for when updating their fleets.

This experience now meshes with Artisan’s fresh perspective on the mining industry. Roughly two years after the acquisition, the formerly independent innovation centre can now present the first fruit of the joint R&D efforts: Sandvik LH518B battery-electric loader. It combines advanced BEV technology with selected elements from Sandvik’s existing fleet, including proven common solutions, such as the bucket and boom design and the loader cabin. 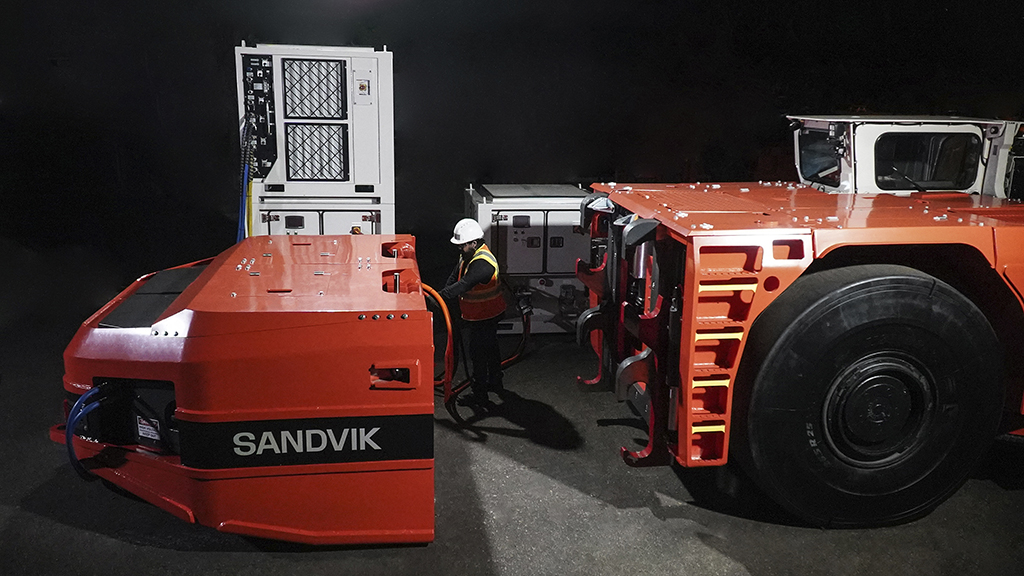 Sandvik LH518B represents the third generation of BEV design. Designed from scratch, it doesn’t have the limitations of the older, originally mechanical equivalents

What does this mean in practice? The first-generation BEVs entailed simply replacing the diesel engine with an electric motor and a battery, while keeping unchanged the transmission, torque converter and PTO driving the hydraulic system. In the second generation, the torque converter was eliminated, and the PTO was replaced with a separate electric motor. While these early iterations of BEV designs offer real improvements on the efficiency of the loader, they remain limited by the mechanical design of the actual loader as well as by the limitations of the mechanical driveline.

”Customers often think that this new technology is going to be more costly. The reality is, it’s not.

Sandvik LH518B represents the latest, third generation of BEV design. The whole vehicle was designed from scratch, eliminating the limitations of the older, originally mechanical designs. Legacy solutions from diesel-powered loaders are replaced with a new overall design centred on the battery system and an electric driveline, which allows an entirely different driveline topology. The resulting design freedom enables new solutions, such as using smaller wheels at the back for improved operator visibility and a detachable rear frame section for easier and faster battery swaps.

In terms of daily mining operations, the third-generation BEV design philosophy provides highly meaningful, concrete benefits. The loader has a substantially higher payload for its size and weight, making Sandvik LH518B arguably the most powerful 18-tonne loader to date.

The “refueling” cycle of Sandvik LH518B is the fastest in the industry, thanks to the patented battery swapping system and a stability system integrated in the battery pack. The charging station does not require any heavy infrastructure or extra arrangements, such as a crane. The charging station consists of three compact cubes that rely on the common power infrastructure already in place at the mine, which means they can be easily moved and redeployed as the mining operation develops.

It has an 18-tonne bucket designed for a 4.5-metre heading and a driveline with 450 kilonewtons of tractive effort, while the dimensions of the machine are compliant with the 14-tonne envelope size.
For a mine owner or contractor, this practically means capability to do more with a smaller machine. For example, a full bucket load can be hauled along a 20 percent grade at 12 kph. Another example of Sandvik LH518B’s capabilities is a top speed of 30 kph.

The “re-fueling” cycle of Sandvik LH518B is the fastest in the industry, thanks to the patented battery swapping system and a stability system integrated in the battery pack. The charging station does not require any heavy infrastructure or extra arrangements, such as a crane.

The charging station consists of three compact cubes that rely on the common power infrastructure already in place at the mine, which means they can be easily moved and redeployed as the mining operation develops.

A few suitable old tunnel ends or turnouts at strategic locations along the route of the loader are all that is needed for the extremely simple battery swap. At the charging station, the operator simply drops the depleted battery and picks up a new fully loaded one. Also, the on-board battery connections are automated, so the entire battery swap cycle can be completed without leaving the cabin.

Sandvik LH518B offers mine owners and contractors true freedom of choice regardless of their existing fleet compositions. It can re-place both diesel-powered and tethered-electric loaders if that is what the operational needs require, but it can just as easily coexist with any type of legacy system that needs to stay in service, and in all cases with minimal changes to the loading cycles. 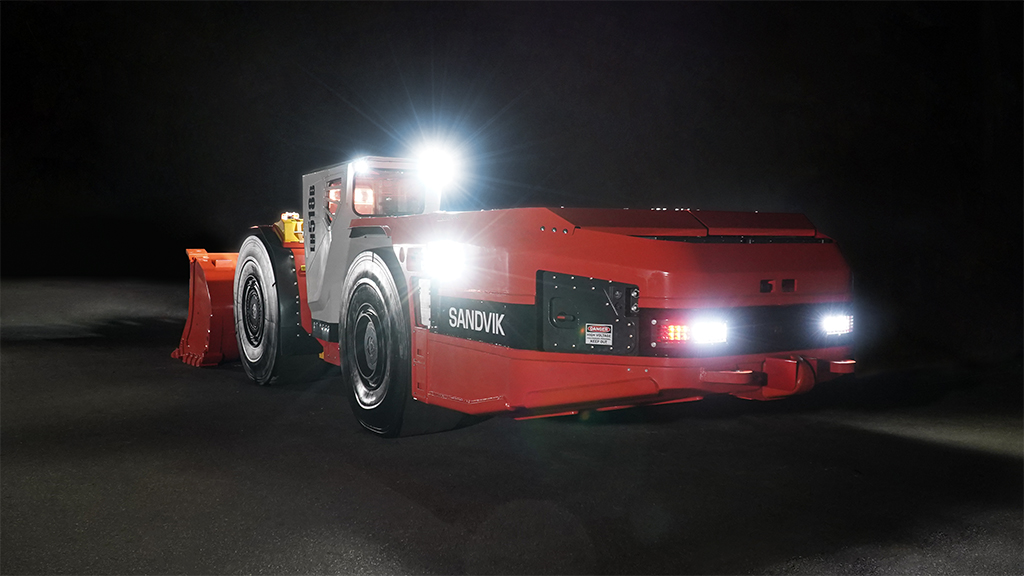 The total cost of ownership is a common concern regarding BEVs, particularly if the new battery machines have to be adopted into an existing mine site.

“Customers often think that this new technology is going to be more costly,” says Brian Huff, vice president of technology at Sandvik’s Business Unit Artisan. “The reality is, it’s not. Batteries are a new cost component to the existing model, so you have to add that to your line items. But the reality is that it offsets the expensive diesel fuel. Furthermore, there is no engine, transmission or torque converter on the machine, which means no midlife rebuilds, no transmission rebuilds, and a lot fewer cooler changes.”

When all these factors are accounted for, the total cost of ownership is not likely to exceed that of a typi-cal diesel-powered loader. The costs are also likely to decrease as BEVs become more commonplace technology and production volumes go up. Furthermore, these calculations do not even account for the significant potential for reduced heat generation and lower mine ventilation costs.