Thousands of metres below surface in the world’s deepest base-metal mine, an automated loading solution is improving safety, increasing utilization and reducing stope cycle time.

The Kidd operations copper and zinc mine in Timmins, Ontario, 700 kilometres north of Toronto, is the world’s deepest base-metal mine at 9,880 feet (3,000 metres) below the surface. To get a sense of how deep the mine is, consider Toronto’s CN Tower, at 457 metres the tallest free-standing structure in the western hemisphere. You could stack six and a half of them, one on top of the other, and not quite reach the depth of the Kidd mine.

Profound automation
Mining at such depth creates many challenges, both technical – from seismicity considerations to the atmospheric pressure that increases temperatures, straining ventilation systems – and logistical – getting miners and materials from surface to some of the deepest production levels can take more than an hour.

From the surface, a cage takes groups of the mine’s employees down to a level 4,700 feet (1,430 metres) below the surface. Even deeper at level 88 (that’s 8,800 feet, or 2,680 metres, below the surface) a Sandvik LH514 is working autonomously to maximize production through the mine’s busiest production zone. On another level one of the mine’sfour automated loaders trams into a stope and quickly re-emerges with a load of muck, an area that is currently closed due to seismic restrictions.

Company name: Kidd Operations
Parent company: Glencore Canada Corporation
Location of mine: 28 kilometres north of Timmins, Ontario, the hometown of country pop star Shania Twain
Number of employees: Approximately 850 between the mine and mill; it is the largest private-sector employer in Timmins
Annual output of ore: 2.25 million tonnes in 2016 – equivalent to the volume of 76
Empire State Buildings
Main metals produced: Copper and zinc, silver as a by-product
Annual output of metal: Approximately 40,000 tonnes of copper and 60,000 tonnes of zinc
Operations started: 1966
Operations scheduled to end: 2022
Depth of mine: 9,880 feet (3,000 metres)
Distance from surface to bottom on spiral roadway tunnel: 24 kilometres

The mine has been using Sandvik equipment for half of the 50 years that it has been in production. Today, Kidd Operations relies on four Sandvik LH514 loaders equipped with Sandvik AutoMine Lite to muck in some of the mine’s lowest blocks.

The automation system needs an isolated area to ensure the safety of the people working in the mine, and a steel mesh gate – as close as anyone is allowed to approach – is a vital first physical barrier. Beyond it is also an infrared light barrier that, if broken, automatically and immediately stops the automated loader. Even when a barrier is broken intentionally (to move the machine for planned maintenance, for example) the mine conducts a comprehensive sweep of the level before reactivating operation.

Productivity from a distance
The Sandvik LH514 trams out of sight to dump the load and then returns for another. Loading and dumping are done tele-remotely from surface with this Sandvik AutoMine Lite system. Seven onboard cameras and two scanners show the operators above ground what is going on all around the loader and enable them to intervene, if necessary. The loader travels the pathway between the stope and the dump site on its own, as it has been “taught” where to go.

A critical eye on utilization and efficiency drove Kidd Operations to solutions like Sandvik  AutoMine. Ryan Roberts, manager of mine operations, acknowledges that the current mining environment is challenging, but he says the goal is the same as always: how to safely and efficiently extract the maximum tonnage out of the ground.

“We have to do all that we can to keep our costs as low as possible, but that shouldn’t really change whether the metal price is high or low,” he says.

Higher utilization rates
Using automated loaders adds complexity to the operation. Areas where automated loaders are tramming need to be closed off to personnel – in some existing mines, such as Kidd Operations, this can mean securing an entire level – and mechanics need to be trained in automated components. Despite these complexities there are clear benefits, Roberts says.

“The utilization of the automated loaders is 12 percent higher than that of manual loaders,” he says. “They’re much higher utilized because we don’t need to stop for blasting, gas conditions or seismic restrictions, and they can keep running while people are going up
and down the shaft.”

“Our usual shifts were about 10 hours, and we were losing about two hours of that first shift,” he says. “It takes so long to travel underground here, based on depth of mine and travel to and from the workplace.”

Kidd has benefited from the ability to operate its automated Sandvik LH514s for as many as 21 hours of mucking per day, a 30 percent increase in effective production hours compared with its conventional loaders. The mine was even able to reduce its total loader fleet by three units, in part due to the gains it has obtained implementing Sandvik AutoMine Lite.

“With the automation we get a lot more hours on our units,” says Andy Saindon, the mine’s senior engineer production coordinator. “We can muck between shifts, and also during seismic activity after a blast and during gas checks on levels where no personnel are allowed.”

The operators have received the automated units favourably, Saindon says. “They like it because it’s safer, more comfortable than operating within the mine, and they’re away from the hazards, dust and fumes,” he says. Kidd Operations started mining in 1966, and the mine has extended its production life to 2022. 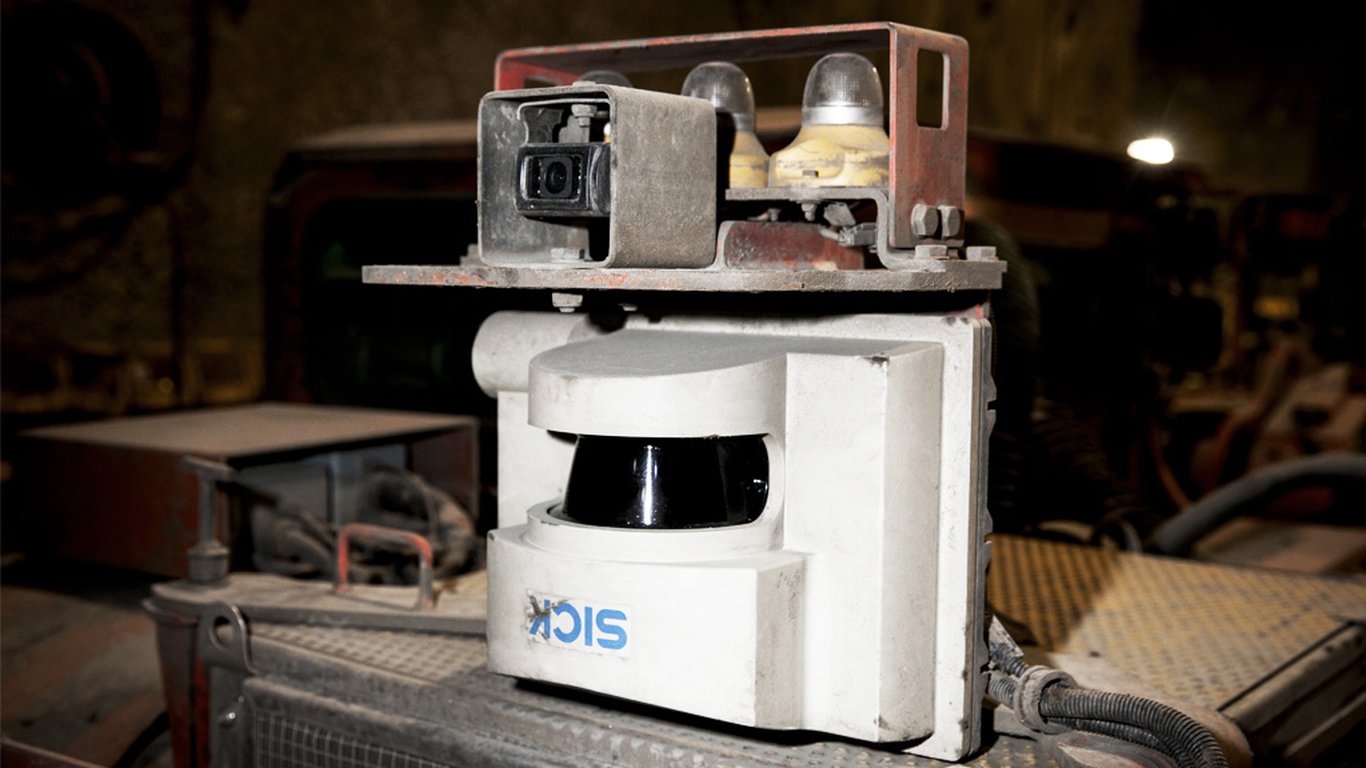 Seven onboard cameras and two scanners show the operators above ground what is going on all around the loader and enable them to intervene, if necessary. 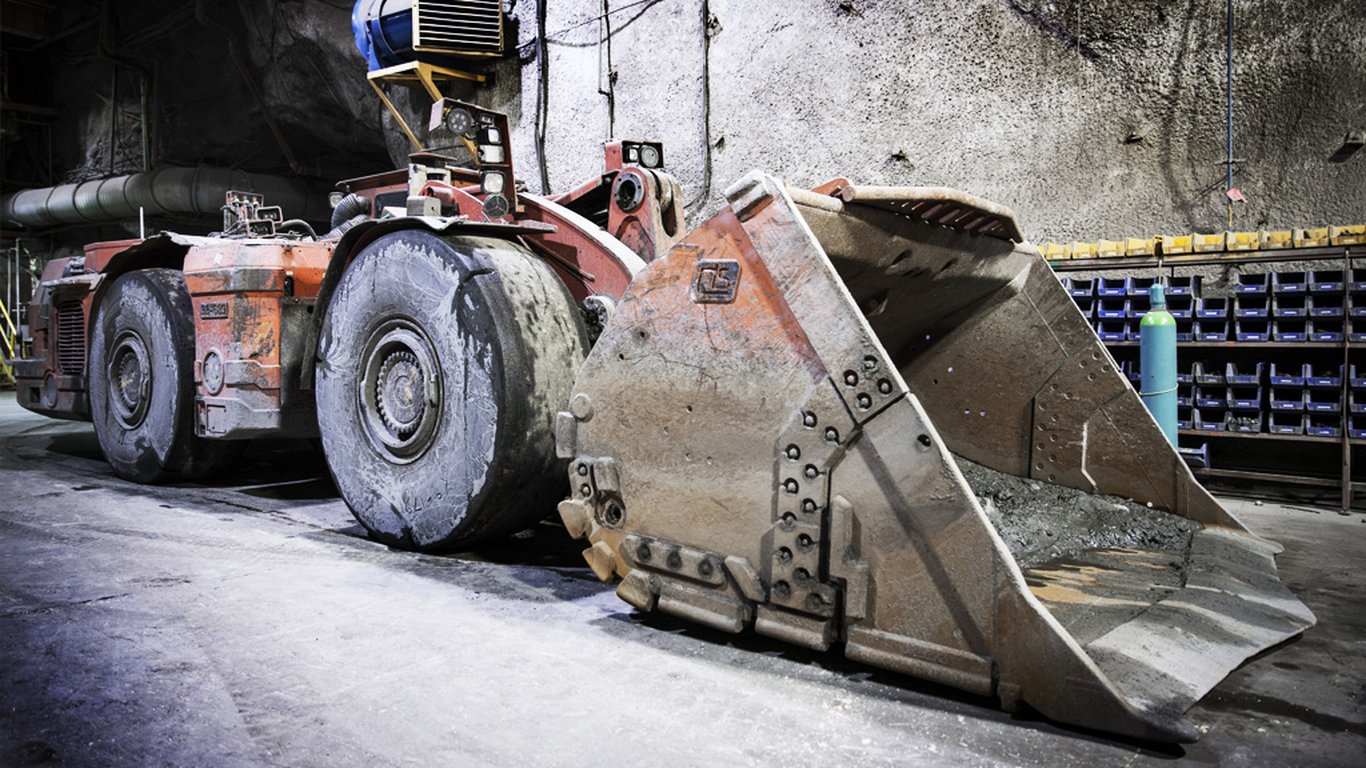 Kidd Operations relies on four Sandvik LH514 loaders equipped with Sandvik AutoMine Lite to muck in some of the mine’s lowest blocks.

Meeting and defeating challenges
Up on the surface, the Sandvik automated loaders are monitored by people sitting at separate workstations, concentrating on two computer screens each. The screens can show the position of each Sandvik automated loader on a map, the view from the loader as seen by an onboard camera, or even the operation of an underground rock breaker. Multiple levels feed mucked material through ore passes down to transfer levels, and the mine can move its automated loaders between levels and transfers to maximize the efficiency of the production fleet. Transfers are the mine’s production bottleneck and Kidd Operations have worked with Sandvik to reduce cycle time in these crucial areas.

Sullivan ticks off a few of the challenges presented by mining at such a great depth. “We run into huge rock pressure in the structure of the mine, high temperatures, high humidity, ventilation problems – it’s hard to get air that deep, but we need to make sure our employees and our equipment have enough air to operate,” he says. “The Sandvik automated loader allows us to operate in areas of the mine where we usually can’t send employees, such as areas prone to seismic activity following blasting activity or where gas restrictions may limit human access.

“We have to have that muck off the ground – we can’t let it sit there,” he says. “We can then take control of the level, because when we operate in robot mode we own the whole level.
All people and other equipment come off the level, and only the robot operates there.”

Now that Kidd Operations has successfully implemented the Sandvik AutoMine Lite system, the mine is working with Sandvik to continuously improve it. “Improved setup and relocation of our automated loaders and developing isolated areas to ensure auto-only protection of the loaders are the next steps forward in maximizing the loaders’ production,” Sullivan says.

Kidd Operations has used Sandvik loaders for 25 years, and Sandvik has delivered four Sandvik LH514 loaders equipped with Sandvik AutoMine Lite to Kidd Operations’ Kidd copper and zinc mine in Timmins, Ontario. The mine received the first system four years ago, in 2012, and it is scheduled to receive a fifth system by the end of 2016. The systems have made a significant contribution to the mine’s productivity and its workers’ health and safety.
With the automated systems, the operators can work from an air-conditioned room on the surface.

Seated in a comfortable chair in front of computer monitors, an operator can see on a map exactly where the loader is at any moment, and onboard cameras display a continuous picture of what’s around it.