Giant on the steppe

Zhezkazgan gradually comes into focus as the 65-minute scheduled flight from Astana, the capital of Kazakhstan, descends on a crisp autumn evening.

Far below, the arid ochre-coloured steppe stretches away to the horizon, pocked with black scars. This vast area includes the Baikonur Cosmodrome from which all manned Russian space flights are launched. It’s not a landscape that suggests fertility or great wealth. But here, copper is king.

Kazakhmys employs around 56,000 people. The company extracted 19.5 million tonnes of copper ore in the first half of 2013 to produce 144,000 tonnes of pure processed copper cathode.

Turnover for the first half of 2013 was USD 1.5 billion, and underlying profitability was USD 115 million, compared with USD 307 million in the same period a year earlier, a difference the company attributes to lower metal prices, higher costs and local taxes, which are based on revenue and are “relatively insensitive to profit,” Kazakhmys says.

The one open-pit and five underground mines in the region around Zhezkazgan and its neighbour Satpaev represent around half of the group’s ore output.

Kazakhmys operates 16 open-pit and underground mines throughout Kazakhstan. It is currently developing major new open-cast facilities at Bozshakol and Aktogay, due to begin production in 2015 and 2016 respectively.

Its mines are set to provide the ore for about 290,000 tonnes of copper cathode equivalent.

Kazakhmys was founded in the 1930s when Soviet authorities re-established and expanded underground operations in mines first opened by British engineers in the 19th century.

The cooperation between Kazakhmys and Sandvik Mining began in the 1970s. A major investment programme that Kazakhmys launched in the mid-1990s to get rid of outdated pneumatic drills, loaders and other underground machinery further grew the commercial relationship.

Sandvik supplied much of the new equipment, including TORO 50 dump trucks and LH514 loaders. Today, Sandvik also has a major rebuild workshop in Satpaev, 16 kilometres west of Zhezkazgan. The workshop employs 15 mechanics and technicians who carry out around 350 service contract jobs a year on axles, transmissions and rock drills.

In Kazakhmys’ local headquarters, a modern building in blue-reflective glass, Vladmir Urumov, technical director of the Zhezkazgan complex, reflects on his 30 years with the copper conglomerate. Equipment-purchasing decisions are driven by economics, technical and service issues, he says. 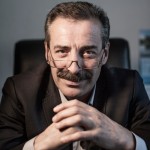 Originally from Vladikavkaz in Russia’s North Ossetia region, Urumov jokes that he moved to Zhezkazgan to begin his career in 1980 because he “was bored with the mountains and dreamed only of the steppe.”

He plans to buy three Sandvik DL421 long-hole underground drill rigs in the coming year, which he says offer good value for money.

No working relationship is without its challenges, but Sandvik always goes the extra mile and has superb products, Urumov says.

For a man who still “spends a couple of days most weeks” underground, it is all about technical performance in challenging and frequently wet or dusty conditions.

Safety is crucial
Sandvik’s commitment to ensure Kazakhmys’ equipment has the longest possible working life with the least downtime is demonstrated at the Satpaev rebuild workshop.

Safety is crucial in the workshop: posters on “Five Steps to Evaluating Risk” are prominently displayed, and every morning workers check their workspace to ensure it is clean and free of oil and other hazards.

Original Soviet-era safety posters are displayed on one notice board.

One of these, Plakat No. 65, published in 1974 by the Ministry of Print and Publishing in Leningrad, states: “Painting must only take place when the ventilator is on.”

Workshop manager Valeriy Puzyr laughs at a suggestion that this is a valuable piece of modern history.

“Those safety rules are even more valid today,” he says. “We have a very effective health, safety and environment system. Everyone knows that if he sees something unsafe he must tell his colleagues immediately.”

Customer service goes underground
The Stepnoy mine rises from the bone-dry landscape like a squat stone castle surrounded by low earthwork defences which, at a closer look, turn out to be neatly packed heaps of waste rock.

“Our ore is rich in copper, and we know we have a long-term future,” mine director Ernazarov Bakhyt says.

Here, at 350 metres – around a third of the mine’s total depth – a 5,000-square-metre working area has been gouged out of the grey-green rock.

To get to the workshop, it’s necessary to take a 20-second ride down in a steel cage, followed by an 800-metre drive in the workers’ transport bus.

A vast cave-like area with 14 service bays emerges from the side of the dimly lit tunnels. In the dim light, TORO 50s and LH514s lurk in the bays, their structure and size reflecting the power and efficiency they bring to the daily underground operations.

Nurkhanov’s workshop can strip down an oscillation unit, which controls individual wheel suspension on each massive 32.5-tonne TORO 50, in just 20 hours.

“We have everything we need underground,” Nurkhanov says. “We have all the parts readily available on hand, from tiny bolts weighing a few grams up to two-tonne axle units.”

Mechanic Alisher Azhigulov has worked at the facility for four years.

“This is the best technical equipment I’ve ever worked with underground,” he says.

“Kazakhmys and Sandvik have been partners for many years,” he says. “Our cooperation started in 1973. Sandvik products meet our technical as well as our financial requirements.

“Kazakhmys operates 16 underground and open-pit mines across Kazakhstan. Many of these mines are located in remote areas, and it is therefore very important to have a partner who can quickly and efficiently provide us with service and technical maintenance.”

“Everything depends on the client,” says Valeriy Puzyr, Satpaev rebuild workshop manager. “We list the cost of replacing parts with new ones, or where possible carrying out a repair. Only after the client’s chief engineer signs off on the job do we carry out the work.”

Under the service contracts – which specify, for example, that rock drills come in after every 500 hours of use and components of loaders and trucks after every 10,000 hours – the client has the right to choose repairs rather than replacement with new parts for 60 percent of contract values.

Speed of servicing turnaround is a big plus. Nursultan Nurkhanov, manager of the underground repair workshop at the Stepnoy copper mine, prides himself on efficient service schedules that allow trucks, drill rigs and other machinery to return to work quickly.