People power – the key to performance

Good, well-trained people are crucial to an organization’s productivity and performance. Two industry experts explain why mining companies need to rethink the skills and training given to their operational staff, and move away from their traditional ways of doing things.

PricewaterhouseCoopers’ (PwC) recent report on mining efficiency says it’s inadequate to have a clear mine strategy and sound data management systems without having the right people and skills in place.

Investing in a state-of-the-art piece of equipment can improve a mining company’s output by 5 to 10 percent. However, according to the report, changes in staff’s work practices can deliver gains of more than 20 percent, often at little or no additional cost. 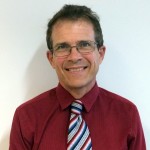 But does the industry have the right skilled people? Graham Lumley, director of mining intelligence and benchmarking at PwC Australia, says the recent mining boom led to an influx of inexperienced people.

“The shortage of people at all levels meant many junior people were put in decision-making positions before they had become experts in their field,” he says.

“If you are in the pit at 3 a.m., it is pouring rain and a couple of million cubic metres of material is coming in where the wall has failed, there is no training in the world which will help you make good decisions in that emergency. It is your experience which will direct the best decision.”

Spotlight on training
The PwC report raises two alarming facts. Firstly, that the average operator performance has declined over the past 20 years: In 2007, it was 9 percent below the performance achieved in 1993. Secondly, that attention to training is deteriorating.

Lumley says part of the problem is the style of training that the mining industry uses to train its operational staff.

“Much of this training is ineffectual,” he says. “Here we have people who, on the whole, the school system has failed. As kids and teenagers we put them in classrooms and expected them to ‘get it’. In operational jobs, what are we doing to train them? Putting them in a classroom. It just isn’t enough.”

Lumley says that as 90 percent of what operational personnel learn takes place in the field, mines need to treat every day as a learning experience for their people.

“Measure what they are doing, communicate it to them and give them support to do it better,” he says. 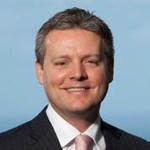 “If you look at your traditional mine set-up, it’s very functionally orientated with operations teams, maintenance crews, inbound supply chains, outbound logistics, health and safety teams and so on,” he says. “What it frequently leads to is very strong accountability in individual areas and, to be honest, often a lot of finger-pointing.”

How can this be improved? “It’s more about having a control room and a control group that sees all the issues, all the problems across the site, similarly to how an air traffic controller works, monitoring flight delays, watching the weather and acting accordingly,” Middleton believes.

The traditional view that “operators operate” and “managers manage” is changing, he says.

“Operators still need to have technical knowledge but, more importantly, they are being trained to show business judgment and make decisions based on value for the mine and not just for their area of expertise,” Middleton says. “Every operator becomes part of the value creation chain and has a role in problem solving to improve performance. A manager’s role is to promote this culture and incentivize open thinking.”