Automation has become a clear megatrend in mining, as companies try to maximize productivity, profitability and sustainability with new connected drill rigs. The limit for uninterrupted automated drilling operations, however, has mostly been set by the service life of the drill bits. But not anymore. Enter the Top Hammer Autobit.

Modern top hammer production drilling is a well-defined process that, with today’s hardware and software capabilities, lends itself well to effective automation. With a modern drill rig, equipped with an advanced automation package, you could in principle just push the button and let the rig drill continuously until the drill bit is worn out. In practice this has been challenging, precisely because of the bit change. Automated bit changers are not yet widespread enough to substantially alleviate the problem.

”We felt that the industry needed a more durable, automation-compatible bit

Grandin and his colleagues had key advantages that made them well equipped to tackle the challenge: Sandvik has decades of expertise with in-house carbide technology, including dedicated grades for mining applications, Wolfram tungsten supply from the company’s own mine as well as in-house production of both tooling steel and drill rigs.

The incentives were obvious enough. As an example, consider a typical underground production mine with two nine-hour shifts. No one is allowed to work down in the mine during blasting and ventilation, taking up about two hours per shift. The transfer of personnel during shift changes also needs to be accounted for, so let us assume 30 minutes for each trip up or down. This leaves roughly three hours per shift or six hours per day when all downtime components are accounted for.

Now, let’s further assume a typical hourly cost in the range of USD 300 for the drill rig. If drilling could go on by means of automation during those three unproductive hours per shift, and consequently six hours per day in a two-shift operation, this would create great potential for cost reduction. To be precise, assuming about 330 operational days per year, it would rack up potential cost savings in the range of around USD 600,000 per rig for each year (6 x 330 x 300).

And even that is not all. Most mines are profitable, so there is the potential added revenue from drilling during blasting and ventilation as well. This adds up to a total annual financial impact in the range of USD 1.2 to 2 million. 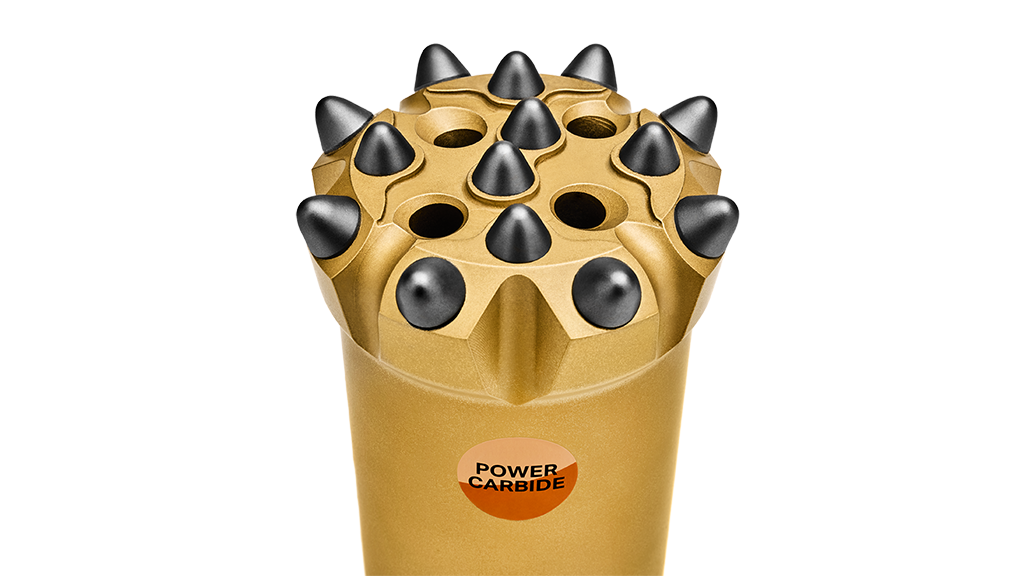 Autobit enbables drilling over shift change and during blasting and ventilation.

In other words, Sandvik had a clear business case for creating its new automation-compatible drill bit, Autobit, enabling mine operators to drill over shift changes and during blasting and ventilation.

Looking at the concrete features of the drill bit, Autobit has a larger button protrusion and a very aggressive button profile. The cemented carbide grade is SH70, Sandvik’s best-performing self-hardening Powercarbide grade. The face of the bit is carved out for more efficient flushing performance when the carbide buttons are worn. The gauge buttons, on the outer rim of the bit, are fully ballistic and angled aggressively, at 40 degrees. The flushing grooves on the side of the bit are generously dimensioned to also increase the flushing rate. The current range only has an even skirt design available, but a Retrac model is designed for more challenging rock conditions and includes the ST58 and ST68 tube drilling systems. The hole sizes currently available are 102 mm and 89 mm.

As a somewhat coincidental side effect, Autobit’s superior service life makes it an excellent choice for simplicity-minded customers who want to avoid drill bit regrinding and the related logistics altogether by only using new bits, simply running them to destruction with no regrinds at all. 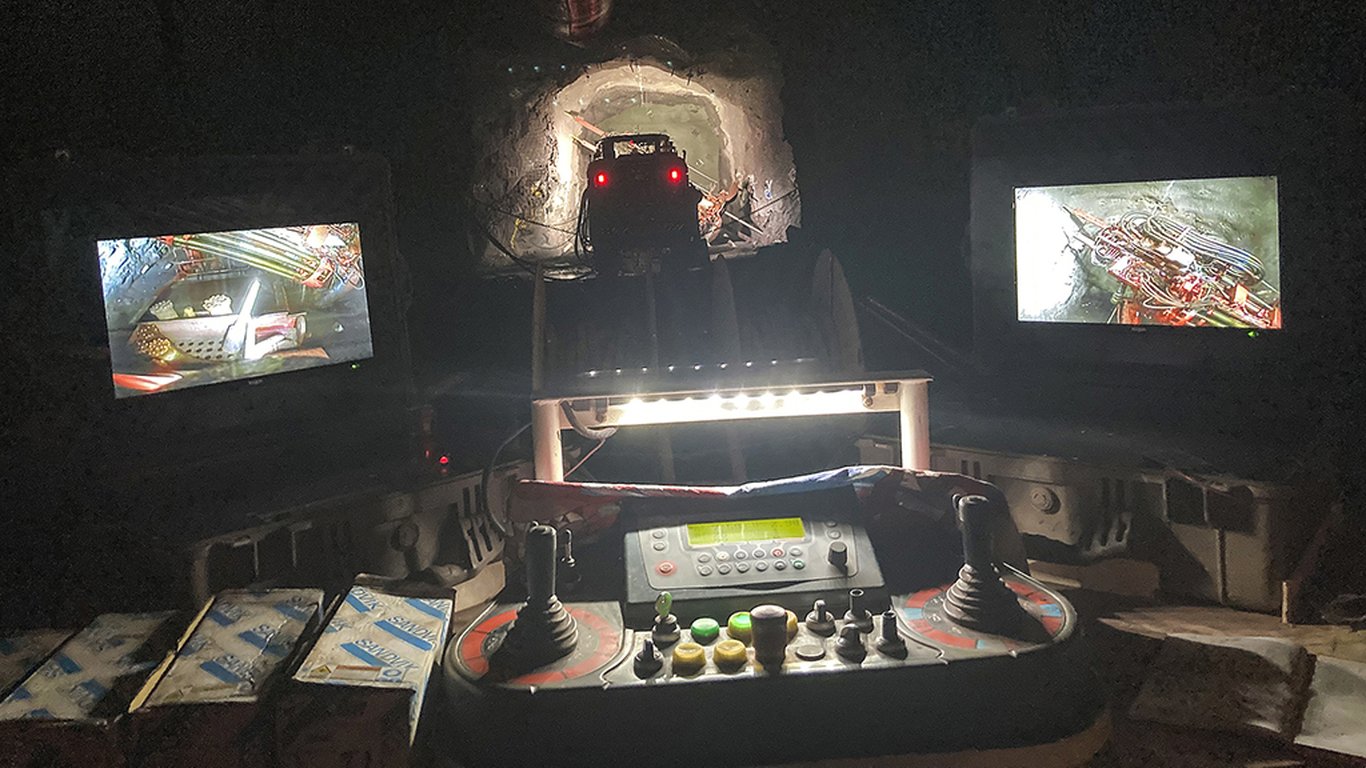 Superiority is no hyperbole when it comes to Autobit. Test results show that Autobit achieves at least 100 percent and sometimes up to 200 percent more drilled metres before the first regrind compared with a comparable standard bit. The total service life of the bit has been at least equal to a standard bit and sometimes up to twice longer, depending on the interaction of the rock conditions and the self-hardening carbide grade. Its long service life makes Autobit a great solution also for customers without an automation programme.

Autobit is an industry first in terms of offering the first truly dedicated drill bit for automated top hammer production drilling. It clearly creates a strong offering in the marketplace, compared with the competing polycrystalline diamond (PCD) technology, which still offers two to three times higher performance than cemented carbide, but at an almost 10 times higher price.

“It’s quite amazing the enormous values our bit design and carbide development engineers can unlock when focusing their efforts on specific customer challenges,” says Grandin.

– Enables drilling over shift changes and during blasting and ventilation: substantial potential for cost savings and increased revenue.
– 100 percent longer first regrinding interval compared with a standard bit: significant increase in productivity.
– Performance comparable to a standard bit after the third regrind: no unnecessary waste, can still be used for manned production after the automated drilling capability is lost.
– Sandvik’s best-performing self-hardening Powercarbide grade SH70: up to 30% longer regrind interval and service life compared with standard grades.

What if all down-the-hole drill rigs could eliminate up to one-fifth of their fuel...

Max Planck once said that “science advances one funeral at a time”. His point was ...

For millennia, humankind has made use of subtractive and formative technologies, such as casting, forging and turn...

Automation has become a clear megatrend in mining, as companies try to maximize pr...

First Out of The Box

At The Extreme End