Mines need more productive and safer underground drilling with better control of drilling quality. And Sandvik is listening. The company’s newest scalable drill rig range for drift sizes 4×4 metres and up offers a drilling tasks and features continuously evolving automation platforms. This is a constant focus in Sandvik’s R&D efforts going forward and will be expanded to new drift sizes and applications.

But what are the essential features of the 400iE-series drill rigs? Solid Ground asked Johannes Välivaara, Jukka Naapuri and Anssi Kouhia, the Sandvik Mining and Rock Solutions product managers responsible for this innovative equipment.

How can mines improve their productivity and safety with Sandvik 400iE-series underground drill rigs?

JUKKA: One clear common denominator is automation and tele-remote control. This is a common theme in these rigs, both today and in the future.

ANSSI: All these rigs run on a common i-Class control system, which enables advanced mine automation and tele-remote solutions. This is a key productivity asset compared with previous generations of control systems.

JOHANNES: In some applications, power compensation can be a valuable asset. In other words, the onboard battery can compensate for capacity limitations of the mine grid and boost drilling performance, while from the grid point of view, the rig still behaves like a constant load.

What benefits does sandvik DD422iE primarily offer to mining operators?

JOHANNES: We launched this mining jumbo in 2016, and the rigs have since then logged around 2.5 million metres of drilled holes and 7,500 kilometres of tramming. We were the first OEM to offer this type of jumbo, and now you can say this is already proven technology in wide use. We have upgraded it with a new automation package consisting of a boom collision avoidance system, drill bit changer and tele-remote drilling capability. Our platform thinking means that upgrades become available as soon as they are mature enough.

Sandvik DD422iE eliminates underground emissions and offers excellent all-around safety and ergonomics with its new cabin, which is also used in the other two rigs. We believe it is the most ergonomic underground working environment on the market. The operators have widely embraced the ergonomics, and we have even heard comments that this cabin has helped improve the quality of their spare time due to less fatigue.

”It is the most ergonomic underground working environment on the market

Automation is a keyword in the 400iE drill rig range. what targets can mines expect to achieve with Sandvik mine automation?

JUKKA: Automation and also tele-remote control basically increase the number of productive hours during your shifts because they reduce the need for manual tasks. The drill rig can run more independently for longer periods, over shifts and over breaks and during blasting.

ANSSI: There are some differences between applications, though. In rock reinforcement, automation poses more challenges and is practical so far on a single-hole level only. Next steps, such as automated cycles of several bolt holes and tele-remote control, will be introduced in future upgrades.

JOHANNES: What we call the Sandvik digital ecosystem is a clear focus in all of these drill rigs, including integration with systems such as My Sandvik and AutoMine. All three rigs share the common i-Class platform for compatibility with all these systems.

JUKKA: As for tele-remote control, the message we get from the front line is clear: the user interfaces of various machines must be as similar as possible, and this is something that the Sandvik i-Class platform provides an excellent basis for.

What are the key aspects of Sandvik DL422iE longhole drill rig?

JUKKA: Sandvik has a rich heritage of powerful longhole drill rigs. Automation entered the picture in the 1980s with singlehole automation, followed by automatic fan drilling around the turn of the millennium and tele-remote control some 15 years ago. Now Sandvik DL422iE is bringing all the strengths we have developed, reliable and efficient production drilling capability essentially, to a new platform that will get us far in the years to come and will open up unlimited possibilities for product offering development. It will shape the characteristics of the drill rig in the direction that the industry and our customers expect from us.

Hole straightness is a particular focus in this machine. Straighter holes are enabled by further improvements in boom stability, particularly in the support of the front end of the telescopic boom. The telescopic boom is a standard solution for all Sandvik longhole drill rigs, which is an excellent example of component commonality within the Sandvik i-Class platform. 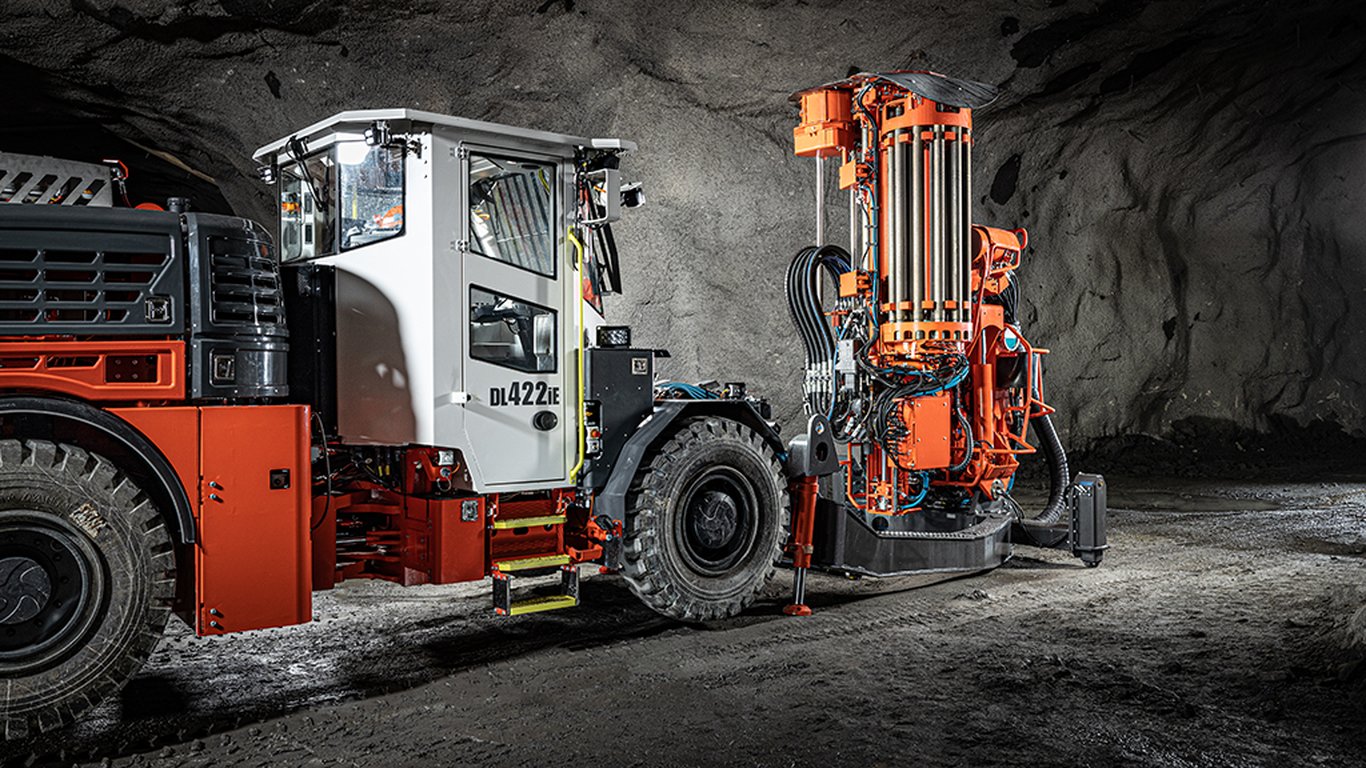 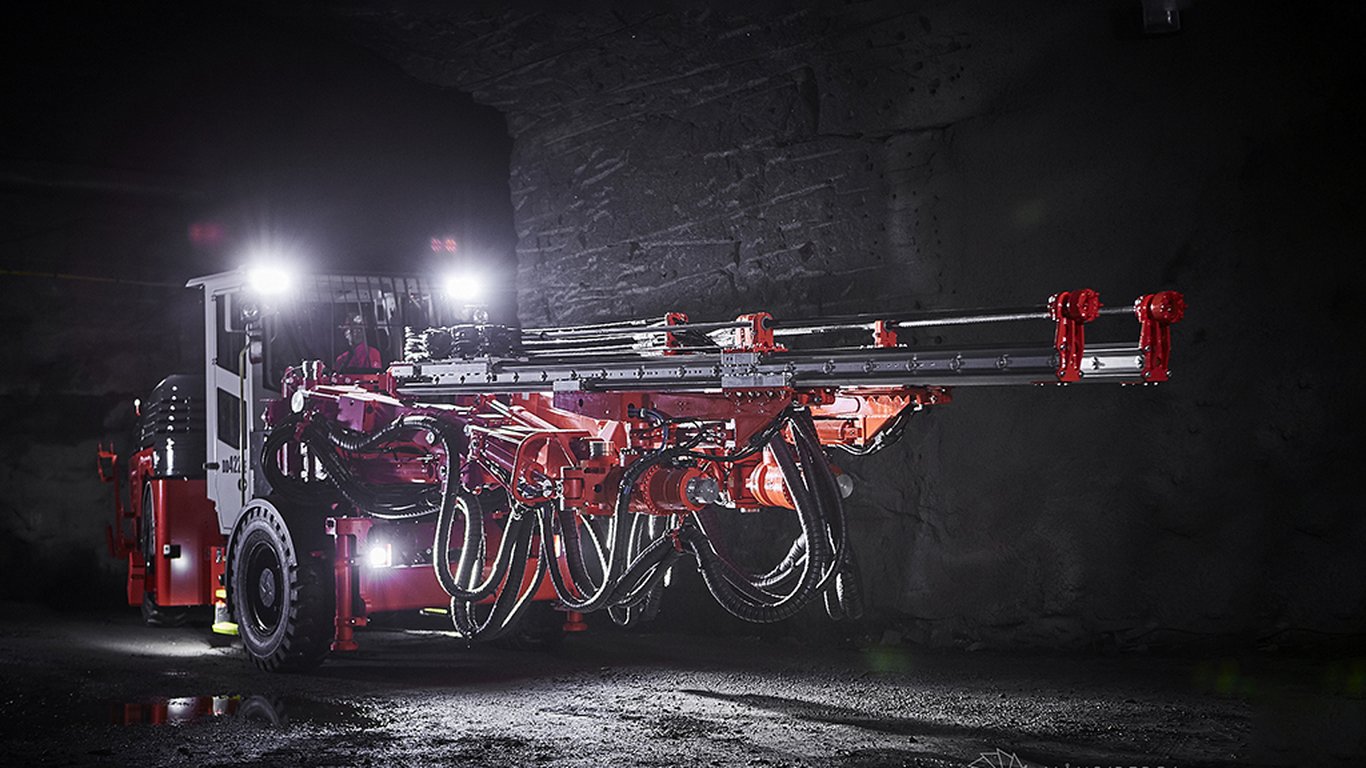 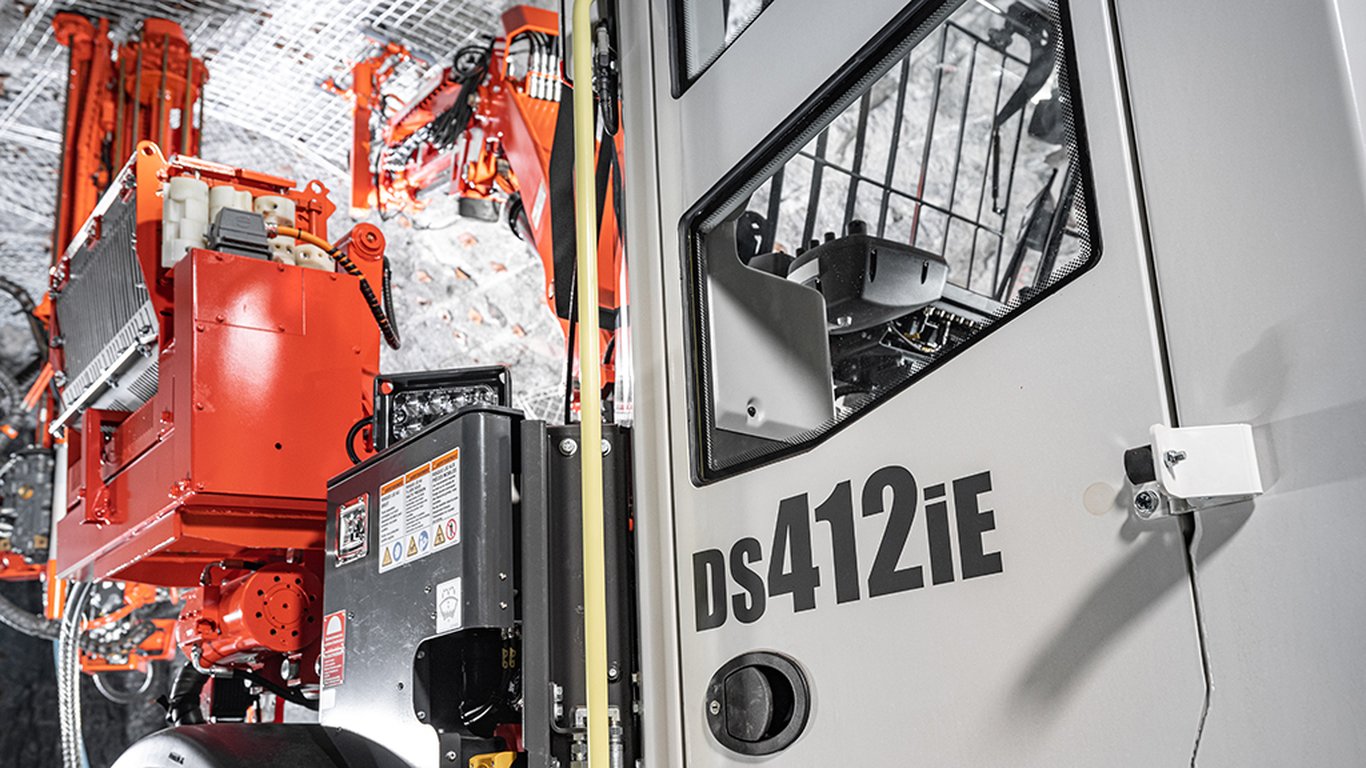 How do these battery-electric underground drill rigs help enable mines to achieve their sustainability and compliance goals?

JOHANNES: Mining companies constantly look for ways to cut back underground emissions, which is bound to boost batterydriven drill rigs as a technology trend. Particularly in new mine projects, there is significant potential in eliminating diesel engines from the ventilation capacity calculations. The cost saving potential brings in a double benefit.

ANSSI: We see a clear increase in demand for battery-electric drill rigs, and Sandvik will heavily invest R&D resources in these types of vehicles.

ANSSI: The i-Class platform has improved our ability to offer various levels of automation for rock support drilling. What we call the Silver package is standard for all Sandvik bolters, while the upcoming Gold package will boost capabilities even higher.

Another improvement that Sandvik DS412iE brings to the table is a higher quality of rock reinforcement, thanks to the i-Class platform that enables a whole new level of data collection during bolting. We can know better how drifts and tunnels are supported and can also document it. This will in the future be complemented by our Intelligent Sandvik Underground Rock Excavation software – iSURE – to improve advance planning of bolt holes.

Are all the new 400iE drill rigs already on the market?

JOHANNES: Sandvik DD422iE jumbo was launched in 2016, and the experiences gained from users around the world have been utilized to fine-tune the other two 400iE drill rigs.

JUKKA: Sandvik DL422iE was launched in early 2021. The Borden gold mine in Ontario, Canada, wants to run an electric-only fleet of mining equipment and has already acquired the prototype that was co-developed with the mine. It has become one of the mine’s most crucial production machines.

ANSSI: Sandvik DS412iE’s field tests were completed in early 2021 and it has just now launched. The first unit was tested in the New Afton mine in Canada, a forerunner in battery-electric vehicle technology. All three drill rigs have already been proven in real-life conditions. Overall, this range creates a strong battery-powered offering for all underground drilling applications and most mining methods.