Kalulushi, Zambia.Cap lamps flash along both sides of the decline at Metorex’s Chibuluma mine as workers performing ramp upkeep move out of the way to allow a maintenance vehicle to pass.

Chibuluma has equipped its underground mobile equipment fleet with anti-collision and proximity detection systems. Cap lamp batteries have also been fitted with transmitter and receiver tags, creating a system that alerts miners and machine operators when they are in close proximity to one another. It’s an exemplary safety initiative at “Zambia’s Model Mine”, as the welcome sign at the main gate proclaims.

Chibuluma, in the heart of Zambia’s historic Copperbelt Province, has persevered through nearly 60 years, and exploration efforts continue to extend the mine’s life.

Chibuluma and Sandvik have been building a partnership since 2005. Sandvik has helped the mine achieve its cost and budget targets, not only by providing a modern mobile fleet but also through a supervisory maintenance contract, local training courses for operators and Trans4Mine initiatives that have optimized operations and developed a carefully defined asset appraisal method aligned with production planning.

The modern, mechanized operation is only 12 kilometres west of Kitwe, an industrial centre of 500,000 and Zambia’s second-largest city behind the capital Lusaka.

The highway from Kitwe to the mine is more paved than many roads in the area and is packed with trucks transporting industrial equipment. A herd of a half-dozen goats roam free along the roadside, which is dotted with stalls brimming with the fruits and vegetables that many young Zambians sell to earn a living.

Metorex, a South African copper and cobalt miner with assets in Zambia and the Democratic Republic of Congo, acquired Chibuluma when the Zambian government privatized the country’s copper industry in the late 1990s in the face of slumping commodity prices.

Chibuluma was the first mine to be privatized when a Metorex consortium bought 85 percent of the operation in October 1997. Metorex acquired the consortium members’ interests after a reorganization of the company two years later. The Zambian government retains its 15 percent interest to this day.

Copper and cobalt ore have been extracted at Chibuluma since 1955. Metorex mined the Chibuluma East and West ore bodies until their depletion in 2005. In July of that year, Chibuluma South became the first new underground mine to open in the copper belt in 30 years, and it remains the main operating asset on the property today.

Chibuluma initiated extensive exploration drilling in 2010 that has drastically boosted ore reserves and extended mine life. 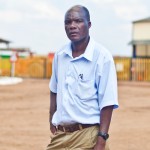 The mine’s most exciting current project is Chifupu, an exploration property 1.7 kilometres southwest of Chibuluma South. Charles Sihole, safety and technical services manager at Chibuluma, says the mine has already installed much of the necessary surface infrastructure and recently commenced excavation of the cut box. Ore production from Chifupu is slated to start in the second half of 2015.

“Without that ore body, the current ore body takes us to 2017,” Sihole says. “Once that project comes to fruition, the mining will be done at two ore bodies, and the life of mine is extended to 2021. Of course, it’s likely to go beyond that because we haven’t fully determined the bottom part of the ore body.”

Chibuluma announced last November the investment of at least 28 million US dollars in four promising exploration projects aimed at further increasing copper reserves and mine life. 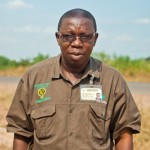 “If we find ore in those areas, then we may be talking about 30 years from now, so the future as we are speaking is bright,” says Dyson Galatia, engineering manager at Chibuluma.

But as copper prices surged to record highs in recent years, the mine’s fortunes improved, and it has thrived thanks to higher production rates and cost-control measures.

Production has increased steadily to more than 48,000 tonnes of run of mine copper ore each month at an approximate grade of 3.4 percent. Chibuluma produces 18,000 tonnes of copper annually and employs 600 full-time workers and as many as 200 contractors.

Although production costs are generally higher in Zambia than other major copper-producing countries such as Chile and the United States, Chibuluma is among the nation’s lowest-cost producers due in large part to an ore grade that has remained relatively high and because mining occurs at comparatively shallow depths of around 600 metres in an area dominated by deep drop shaft operations.

“We’ve obviously got some challenges,” says Sihole, whose additional responsibilities as technical services manager range from surveying to ventilation. “Apart from the copper price itself, which we can’t control, one challenge is to always look at where productivity improvements will come from. One of them is fleet management and utilization, which has always been a challenge. You really have to increase the tonnes per hour that are transported to surface.”

The mine implemented programmes to ensure that trucks are always filled to capacity below the surface before transporting ore to the crushing plant, and that no dead weight remains in the beds when the trucks return underground.

Most of the machines are active underground on a sunny April day. The temperature 600 metres deep isn’t warmer than the 27 degrees Celsius on the surface, but high humidity at that depth makes it feel much hotter.

Metorex is a copper/cobalt mining company with production and development assets in Zambia and the Democratic Republic of Congo. In 1997 Metorex acquired 85 percent of Chibuluma copper mine. The remaining 15 percent is held by the Zambian government as shareholder of Zambia Consolidated Copper Mines Investments Holdings Plc (ZCCM-IH). The mine produces 18,000 tonnes of copper annually and employs 600 full-time workers and 200 contractors.

Chibuluma and Sandvik have been building a partnership since 2005. The supplier has helped the mine achieve its cost and budget targets. When Chibuluma needed support in optimizing operations and determining a replacement schedule for its ageing fleet, Sandvik’s Trans4Mine team implemented a site-specific replacement model. Chibuluma now has a carefully defined asset appraisal method aligned with production planning.

The partnership extends to maintenance. Aswell Makungu, the mine’s mechanical engineer for all underground and some surface operations, says Sandvik helps Chibuluma solve diagnostic problems, among other maintenance issues.

“We’ve entered into a supervisory contract with Sandvik, where they’ve got a person on site every day,” Makungu says. “This person’s role is to see to it that whatever we are doing, the quality is attached to it. If the maintenance is not done right, the machine won’t be released, so Sandvik is very involved in day-to-day operations.”

The supplier offers local training courses for inexperienced artisans all the way up to veteran maintenance technicians, which Galatia sends his employees to each year.

“In terms of skills, we have got very competent guys,” he says. “In the same vein, what I do is I always take my guys for refresher courses at Sandvik. That is a must.”

Galatia came to the mine in 2001 as a mechanical engineer before being promoted to engineering manager in 2009. He now looks after all engineering for the mine, both underground and on the surface. He keeps equipment availability around 85 percent through a reliability-centred maintenance policy.

“I need a machine to be reliable,” Galatia says. “I need the machine to give me the hours that I want in a day, in a month and in a year.”

To help ensure that reliability, Galatia also periodically turns to Sandvik for assistance with maintenance audits.

“As a mine, we look at different types of machines,” he says. “Sandvik, they’ve got a specific type of machine. Hence, their expertise actually would be more than ourselves. They are more familiar with these machines. If I’ve got a problem, I always phone Sandvik to sort out the problem for me. That’s the advantage I’ve got with having Sandvik by my side.”