Skilling up for the future

There’s a lot of laughter as a group of apprentices gather for the day’s session in a classroom at the Sandvik training centre just outside Johannesburg. These young men and women are part of a three-year intensive training programme that will prepare them for a future in the mining industry – an industry that is in dire need of skilled workers to meet tomorrow’s demands.

South Africa is a major market for Sandvik Mining. However, finding enough skilled workers to support the company’s growth is a problem since mining companies, as well as the railways and the civil service, have virtually stopped training technicians over the past 20 years. In addition, the increased presence of mechanized mining in Africa has seen growing demand for a different type of technician.

Troubled by these developments and needing to find a way to fill the skills gap, Sandvik decided to take the problem into its own hands by conducting an internal analysis of the technical skills gap in 1998.

Through this analysis, which compared current artisan skills with required skills to maintain Sandvik equipment, the company identified a real need for mechanical, diesel and electrical artisan skills, and this led to a dedicated apprentice programme. 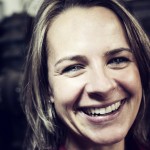 Reaching out to the community
Adele Barkley, who heads the programme at the company’s headquarters in the Johannesburg suburb of Jet Park, says the company did much more at the start of the programme than just look at workforce planning and the skill shortages to determine what was needed to bridge the gap.

“We also went into the community to look at what difference we could make and find people with the right potential, train them and help them grow,” Barkley says. “The overall aim was to give Sandvik the competitive edge in the market, making sure that we placed the best people where needed.”

Barkley says she has seen many apprentices promoted to supervisory and specialist-level positions over the years after they completed the programme.

“We’ve got quite a few guys who qualified and currently now are in contract manager and performance contract manager positions,” she says. “We’ve got some senior people in the CSD department (Customer Service Desk). We’ve even got some people who furthered their education and are now registered as GCC (Government Certification of Competence) engineers.”

The Sandvik apprentice programme was implemented to ensure the availability of technical skills to support the long-term growth plan of the company and the mining houses to which it supplies equipment. A total of 762 apprentices have undergone training since the programme started in 2001. The artisans who are being trained by Sandvik have a specific focus on mechanized mining. Of the 170 apprentices currently enrolled, 10 are women.

A strict recruitment process
Barkley says one key to the success of the programme is the strict requirement for admission.

“We’re actually only recruiting the best people for Sandvik and training these guys to be the best technicians in the end,” she says.

The stringent candidate assessment procedure consists of screening interviews and on-site selection interviews, a three-month probation period followed by a rating review and close scrutiny of candidates’ performance, coupled with support and mentorship.

After the apprentices have successfully completed these steps, the training starts. The programme runs for three years, during which time the apprentices receive 18 months of on-the-job training and at least 10 months at a technical college.

“On-the-job training is where they cover their modules specific to the trade they are registered for,” Barkley says. “When they are ready, they will go back and do their trade test. During their training as an apprentice, what we do is we also give them exposure to the workshops, field service and also the mining environment so that once they qualify they’re ready for placement anywhere within Sandvik.”

Candidates, who must have a minimum qualification of Grade 12, are enrolled both from within the company’s own workforce and externally. Outside candidates amount to 70 percent of the intake and are recruited from local communities within the areas where Sandvik customers operate.

Sandvik employees who enter the programme retain all employee benefits while they are on the course, while recruits from the outside become full-fledged employees of the company and are guaranteed jobs after they qualify. 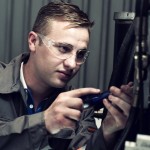 Glenn Johnston applied because of the practical experience he stood to gain.

“An amazing opportunity”
Glenn Johnston is one of the apprentices currently enrolled in the programme.

“I gain a lot of experience being a millwright apprentice,” he says. “You gain experience with different people and in different areas – everything from surface and underground mining to exploration.”

Johnston says the practical experience he stood to gain and the opportunity to get involved in a big company with a lot of opportunities led him to apply.

“It’s nice working for a company that looks after you and where you can learn so much,” he says. “I think the programme is an amazing opportunity. The experience that Sandvik apprentices receive is huge compared with that of a lot of other apprentices, due to the advanced hydraulic and electrical components we work on and the opportunities to go underground and work with surface mining. We are also exposed to different mobile equipment such as loaders, dump trucks and drills.”

Dokter Motaung, who is also enrolled as a millwright apprentice, says the programme opens up a range of opportunities for him.

Millecent Mahola is one of 10 women who are currently involved in the programme.

“It has encouraged me to learn more and gain more knowledge in this industry,” she says. “It’s given me enough confidence to work anywhere.”

Helping other companies ‘skill up’
Beyond the programme, successful candidates have the opportunity to embark on additional training through the Sandvik Technical Training Academy.

Barkley says the apprentice programme has a high retention rate. Over the past decade, the rate has been more than 95 percent.

Some companies have been so pleased with the apprentices they have employed that they have asked Sandvik to train apprentices especially for them.

“I think these requests are a good reflection of what we put back in the market,” Barkley says. “The companies that contact us are happy with the skills we deliver.”

Sandvik has a lot to be proud of when it comes to its apprentice programme. The programme has been accredited twice by the Sector Education and Training Authority, a vocational skills training organization in South Africa. Its apprentices also received the Best Apprentice award in 2008 and 2009 and more than 70 merit awards from the Colliery Training College in Witbank, which runs skills training in South Africa.

“The Sandvik apprentice programme is one of the company’s strategic actions that show how investing in people to increase their skills will result in enhanced productivity and profitability, not only for Sandvik but also for the wider mining industry,” Barkley says.