“Will electrification spark the next wave of mining innovation?” is the title of a recent report from consultancy firm EY. Brian Huff, vice president of technology at Sandvik-owned Artisan Vehicles, a manufacturer of battery electric vehicles (BEVs), says the wave has already reached the shore. Huff sees electrification more as a natural evolution of technology rather than a revolution, with the potential to reap a range of sustainability and cost benefits.

“We’re moving past the ‘why’ stage and approaching the ‘how’,” Huff says. “Most mining companies have analyzed the business case of electrification and seen the value. We just need to explain that an electric mine is not that different from a traditional mine, nor is it difficult to electrify. Battery-powered trucks and loaders are used the same way, and no new underground infrastructure is needed.”

The effects of electrification on employee health, however, are close to revolutionary. “We’ve heard many stories from miners claiming they would come home from a shift and be so tired they just crashed on the couch, blowing black snot from the nose, with no energy left to engage with their family,” he says. “Once they switched to battery equipment, they were much more energetic. These things are immeasurable. It’s beyond health, it’s about quality of life.”

Given the difficulty of attracting a new generation to the mining industry, particularly people with the skills required to operate tomorrow’s connected, automated mines, any improvement of conditions at work is certainly welcome.

The World Health Organization has declared that diesel particulate matter from engine exhaust emissions is a carcinogen. “This has relevance to underground mining, where diesel equipment is operating in confined areas and workers are subjected to potentially hazardous exhaust fumes in their day-to-day operations,” the EY report says.

At the Goldcorp Borden Lake mine in Ontario, Canada, the first all-electric underground operations are already up and running. “We have surveyed the first group of workers that started at our Borden mine,” John Mullally, Newmont Goldcorp group executive for sustainability, North America, told EY, adding: “Something like 90 percent said that they would not want to go back and work in a traditional underground mine alongside diesel engines.”

While human health and quality of life cannot be measured in numbers, opex and capex can. Another major benefit of an electrified operation is the amount of money that can be saved on construction of ventilation shafts and the energy bill for running the ventilation required to remove the hazardous fumes.

Ventilation also comes with opex costs, in that it consumes a lot of power when generating the air that is funneled down into drifts. As much as 40 percent of an underground mine’s energy outlay is spent on powering ventilation systems to remove pollutants from tunnels, according to EY. In comparison, an electric mine requires roughly half as much ventilation, which cuts energy needs by close to 90 percent. 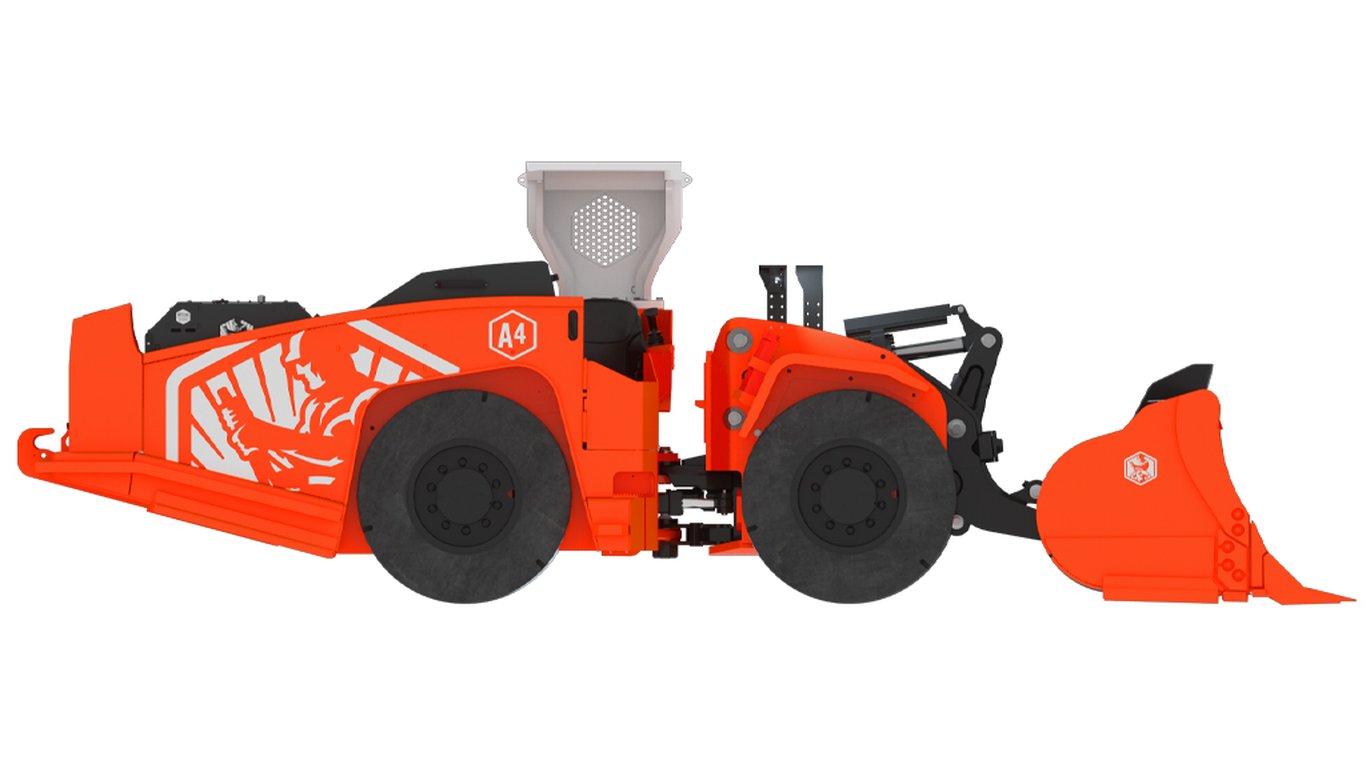 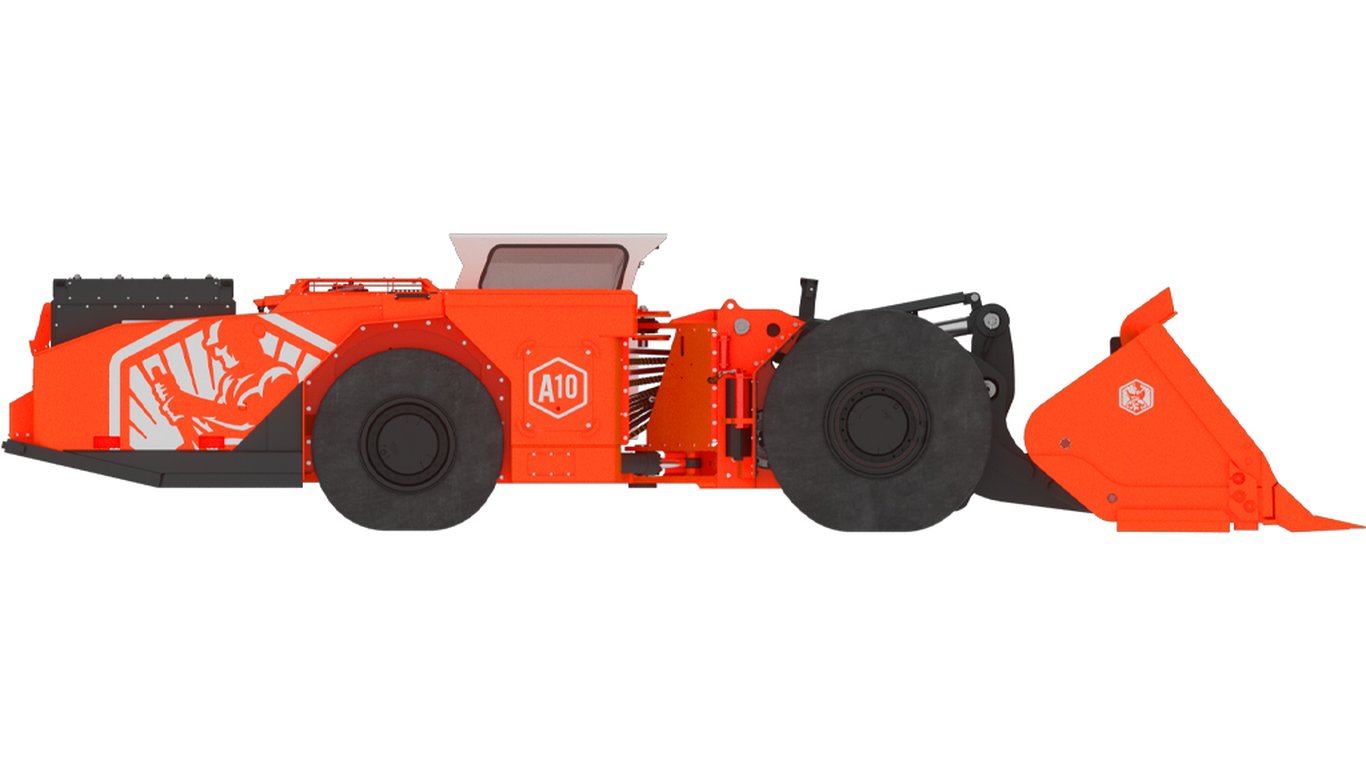 The A10 is the same size as its seven-tonne competitors and is the only battery-electric LHD its size capable of carrying 10 tonnes. 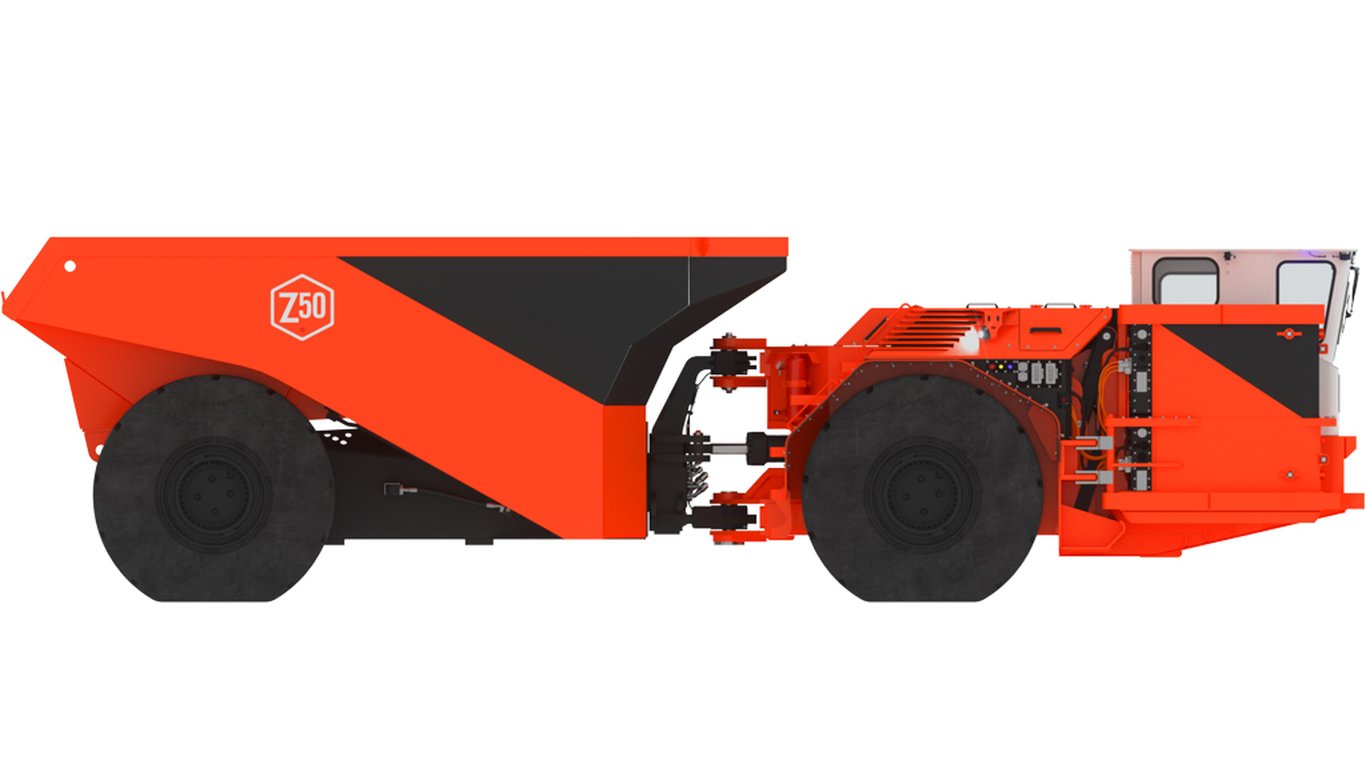 The Z50 50-tonne haul truck generates twice the peak horsepower and one-eighth the heat of its diesel equivalent.

The reduced ventilation of an electrified mine also saves on heating and cooling costs, as the air transported from outside might be too cold or too hot, depending on the season, to produce the required ambience.

“All these things compound to provide a real financial advantage,” Huff says. “The capex costs for building ventilation shafts are substantial enough to pay for the entire equipment fleet needed to operate the mine.”

As mining companies are forced to dig increasingly deeper in search of new findings and extensions of existing ores, the cost of constructing ventilation shafts grows. “The deeper you go, the better the business case for electrification gets,” he says.  “When you access a new stope you don’t need as much auxiliary ventilation as you would with a diesel-run unit. Plus, a BEV only generates some 12 percent of the heat generated by diesel-driven equipment.”

Electrifying operations helps mining companies contribute to a more sustainable industry from many perspectives. The cost of energy represents up to one-third of a mining company’s total cost base, making it a keenly managed component of operations, and the EY report notes that “demand for carbon reduction in the sector is inevitable, and electrification is one way to achieve it.”

In addition, the energy used to charge the batteries may come from renewable energy sources. With Sandvik-Artisan BEVs, the battery is being charged every time the vehicle trams downhill, and the recharged energy is used to carry the next load.

Adding to a lower total cost of ownership, Huff says, is that a BEV has fewer moving parts than a fossil-fueled unit. “There is no need for a mid-life engine or transmission replacement,” he says.

The latest Sandvik-Artisan BEV models are fitted with an additional battery pack, and the vehicle swaps batteries automatically when needed. “We designed the machine to swap its own batteries in just six minutes,” Huff says. “The machine has a secondary battery pack that is a third the size of a Tesla battery and is charged by the main pack once it’s loaded.  After charging for one hour, the main pack typically lasts two to three hours and is swapped about four times a shift for a total time of 24 minutes.”

In comparison, refilling a diesel unit typically takes 30 minutes each shift, including the time to drive to the fuel bay.

”It’s beyond health, it’s about quality of life

“We offer battery as a service, meaning we provide charged and available batteries as well as preventive maintenance and service,” Huff says. “This service converts capex into opex and minimizes maintenance work.”

According to the EY report, reaping the full value of electrification requires a rethink of mine design that considers a technology road map. Huff agrees that there is more leverage to be had for a greenfield mine that decides to go all-in electric from day one. “Then you have the ability to design around the potential for electrified equipment and benefit from the fact that you don’t need large ventilation shafts,” he says.

Still, so-called brownfield operations also stand to gain from electrification, he says. “Most existing mines are expanding, digging deeper to continue exploration of the ore currently being extracted and to find new ore bodies and explore adjacent ones. With BEVs, ventilation capacity is less of a problem.”