ABITIBI-TEMISCAMINGUE, QUEBEC. While the LaRonde Mining Complex is often regarded as the mine that created Agnico Eagle, LaRonde Zone 5 is the project that is turning heads today as the site of two firsts for North American mining automation.

Five hundred kilometres north of Montreal, the town of Val d’Or in the Abitibi region of northwestern Quebec is rich with mining history. Dubbed “Valley of Gold” in a gold rush in the early 1900s, Val d’Or has persevered through the many booms and busts that have occurred since and has been home to many major miners. Perhaps most famous among them is Agnico Eagle, which established its flagship underground gold mine, the LaRonde Mining Complex, in the area in 1988, initiating the start-up of a now widely recognized global gold miner.

“The people who work at LaRonde Zone 5 have a strong interest in new technologies,” Girard says. Agnico Eagle uses the site as a testing ground for new technologies, later to be implemented at the company’s other mines around the world.

A 4G LTE cellular signal is present throughout the underground mine, a first in the Canadian mining industry, which streamlines the mine’s communications abilities. Fifty one-tonne driverless trucks loaded with rock emerge from the portal like clockwork every 30 minutes while there appear to be no workers on site.

One technology that the mine has been focused on testing since 2018 is Sandvik’s AutoMine platform. In three short years LaRonde Zone 5 has evolved its AutoMine system from a single loader working in an isolated stope to three Sandvik LH517i loaders and four Sandvik TH551i trucks, working extra autonomous shifts throughout the week to increase the mine’s production by 10 percent. During 2021, Girard explains, the fleet will grow again to four Sandvik LH517i loaders and six Sandvik TH551i trucks. 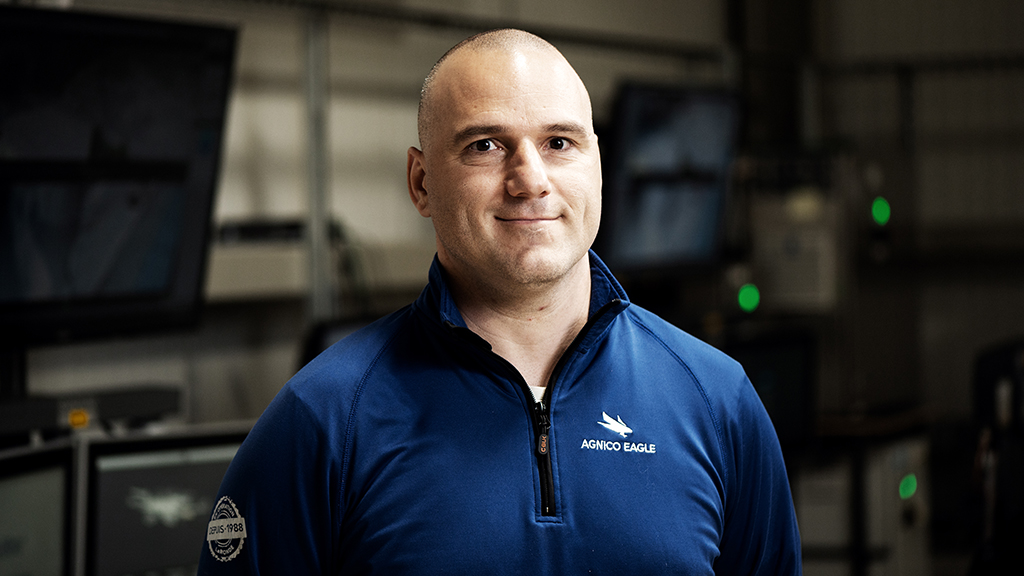 Luc Girard is the mining operations superintendent at LaRonde Zone 5.

“Within a month the operators at LaRonde Zone 5 were able to become familiar with the Sandvik system,” says Devin Wilson, the superintendent of technical services. “It’s not a very complicated system. Once you know what’s going on it’s really very easy to use.”

Although learning the system may have been quick, LaRonde Zone 5’s application of AutoMine is unique and brought challenges. Sandvik’s AutoMine system at LaRonde Zone 5 was the first deployment in North America to autonomously haul ore from the production level up a haulage ramp to the stockpile, and it includes automated traffic control along the way.

Automation is typically considered for applications where routes are repetitive, such as the transfer level, but in an open stoping application the situation is quite different. At LaRonde Zone 5 there is no dedicated automation zone. On any given day the automation zone could be different.

“It’s really a dynamic process for us,” Wilson says. “In the past, AutoMine and automation has really been used to move muck from point A to point B.  What we’ve done at LaRonde Zone 5 is try to make more of a dynamic process where on one day we might be in one spot and the next day in another spot.”

Mine automation specialist Marc St Pierre checks the production plan daily and programs new routes that the trucks and loaders will drive. “The trucks go anywhere we ask them to go,” he says. “They will be going up to the surface in one assignment and then they are going to be assigned to another task at a different level.”

Wilson explains the mine’s LTE network has been critical in facilitating the constantly changing routes of the AutoMine fleet. “No matter what, we have communication with LTE and this is what has allowed us to have automation throughout our whole mine,” he says.

In addition to utilizing the AutoMine system in this dynamic environment, LaRonde Zone 5 had a vision of automating a full mucking and hauling cycle, from the stope all the way to the stockpile on surface, which meant autonomous trucking on the haulage ramp, a second North American-first in the same mine.

Equipment is operated manually during the mine’s day and night shifts, but during shift changes and over weekends the entire mucking and hauling cycle is completed from a surface operations room. A Sandvik LH517i will start in a drawpoint where the AutoMine operator will engage tele-remotely to take a bucket from the stope. Then the loader will tram autonomously to a loading bay, automatically raising its bucket as it approaches a Sandvik TH551i and an operator tele-remotely dumps it in the truck. Once the truck is loaded an AutoMine operator will send it to surface by route of the haulage ramp.

Automated traffic management permits multiple AutoMine-connected vehicles to use the haulage ramp at the same time, to prioritize loaded trucks over empty ones, and to manage the movement of the trucks safely. 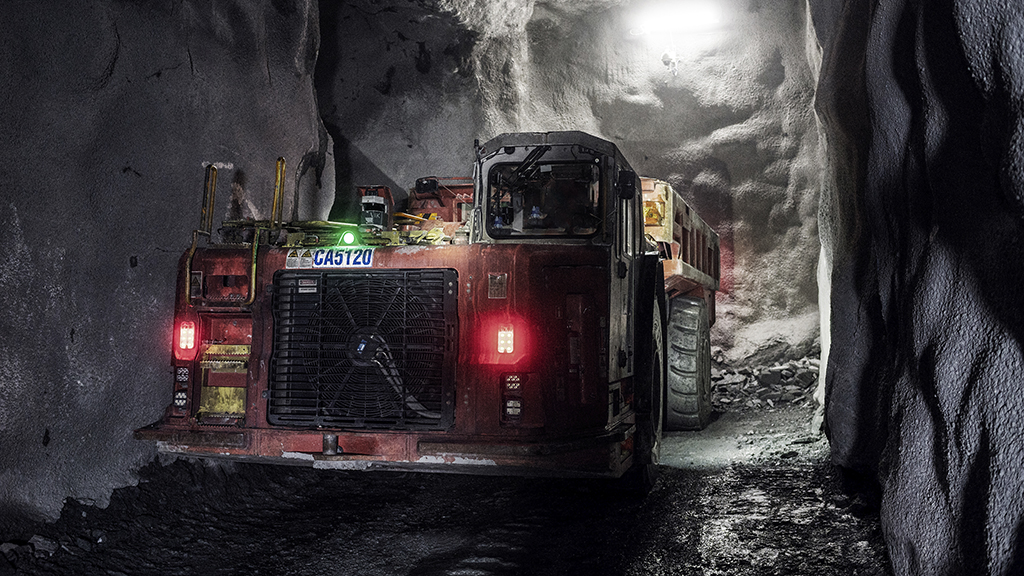 Wilson explains that there are wait points along the haulage ramp for an empty truck to pull off the ramp to allow a full truck to pass.

“Sandvik has done a good job of putting in place good traffic logic,” he says. “Everything just happens by itself and it is a fluid movement of the vehicles. All we really have to do is send equipment from point A to point B and the traffic logic works everything else out.”

Automating the mucking and hauling cycle has provided LaRonde Zone 5 with 48 extra production hours per week as the mine can now work autonomously through two night shifts on the weekends, and two shift changes per day.

“The key with automation at LaRonde Zone 5 is that we have been able to take advantage of those downtimes that we previously couldn’t bring muck out of our mine with and now we can use them,” Wilson says.

Typically, he says, the AutoMine operators can make four trips of a Sandvik TH551i truck over a shift change and 40 trips during a weekend night shift, amounting to an average of 136 extra trips per week.

“With the use of AutoMine, our figures show that we have increased our daily tonnage capacity by 10 percent,” Girard says.

In 2020, tonnage mucked and hauled autonomously in otherwise unproductive time was 12 percent and the targets for 2021 are even greater.

“Our objective for 2021 is 17 percent but when the stars align and we have stopes in the right spot and the system is running well, we can move as much as 20 or 25 percent of our muck with automation,” Wilson says. “Some of the productivity gains have really surpassed what we originally expected. Without automation we could not have increased our tonnage from 2,000 tonnes per day a couple years ago to 3,000 tonnes per day today.”

The benefits the mine has seen extend beyond increased daily tonnage. “By using AutoMine to muck development ramps or to transport the ore out of the site, you remove miners from these potentially more hazardous areas,” he says.

Agnico Eagle is a senior Canadian gold mining company that has produced precious metals since 1957. Its operating mines are located in Canada, Finland and Mexico, with exploration and development activities in each of these countries as well as in the United States, Sweden and Colombia.

According to Wilson, one challenge the mine experienced was cultural. He said the best way to help employees overcome that challenge was by demonstrating how AutoMine could improve their health and safety performances.

“Once they have seen how effective the system can be, they are quickly converted to supporters,” Wilson says. “Some of the operators have said to us that it’s going to extend their careers into the future, being able to operate from surface. There’s no way we would have been able to get where we are today if we didn’t believe in it, if we didn’t have the support from the management all the way to the muckers underground.”

Girard and Wilson agree that the collaboration between LaRonde Zone 5 and Sandvik has been crucial to the mine’s success. 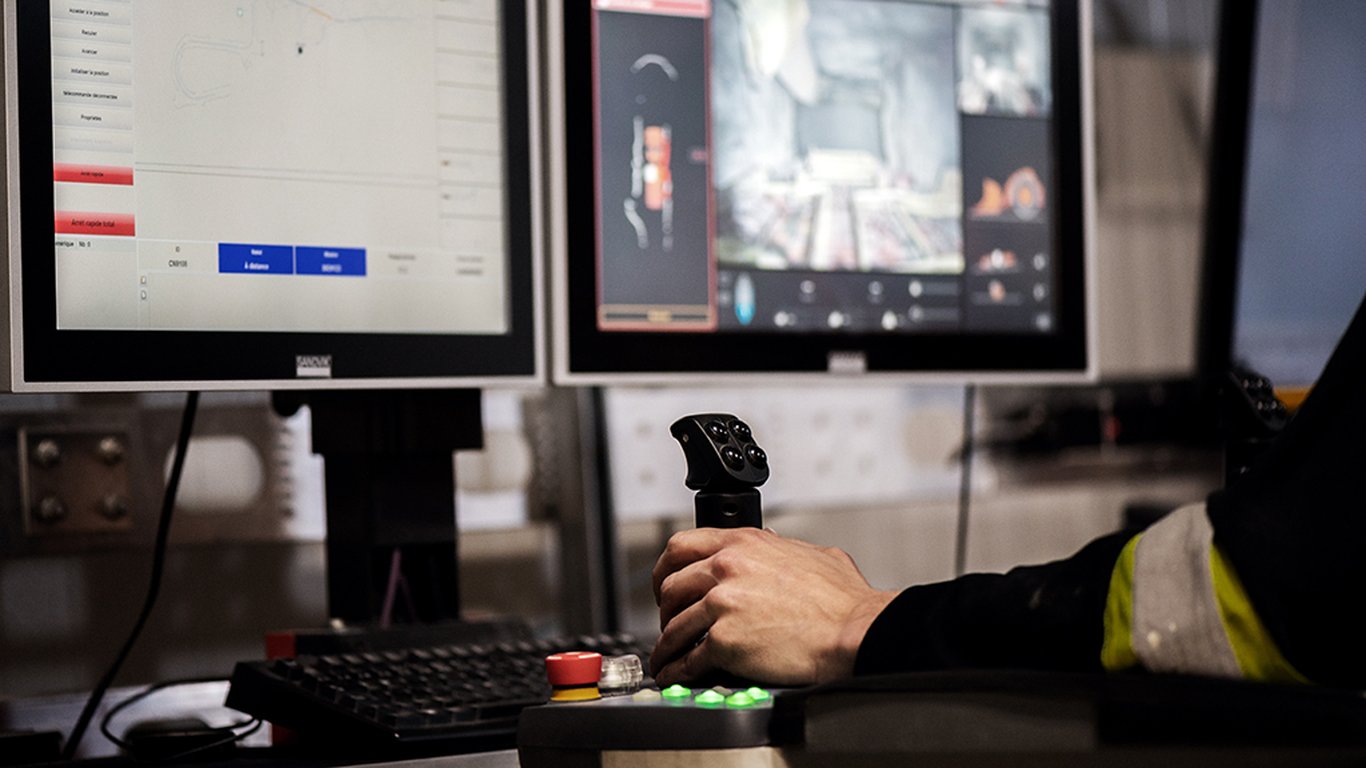 Automating the mucking and hauling cycle has provided LaRonde Zone 5 with 48 extra production hours per week.

“Sandvik was always with us to accompany us and find a solution to one of our problems and it is for that reason that we are where we are today with automation,” Wilson agrees.

The mine plans to continue pushing the boundaries of what AutoMine is capable of, introducing new technologies into the mine and blazing the trail for more mines to follow.

“Based on the situation and our needs, Sandvik is a great choice for automation,” Wilson says. “We have been dreaming about this technology for the last 10, 15 or 20 years but for the first time I think we can say it’s here, it’s ready, it’s mature.”

LaRonde Zone 5 lies adjacent to and west of Agnico Eagle’s famed LaRonde mine. LaRonde Zone 5 achieved commercial production as an underground operation in June 2018, with ore processed at the LaRonde mine’s processing facilities. It has proven and probable mineral reserves of 788,000 ounces of gold (11.8 million tonnes grading 2.08 grams per tonne gold) as of December 31, 2020, and is expected to maintain a production rate of approximately 3,000 tonnes per day through 2029.