Faced with an industry-wide slowdown, mining companies are abandoning their traditional business models and embracing new technologies and ways of working.

A new survey by Accenture confirms what is commonly known; the mining industry has increased its investments in digital and automated solutions in recent years. The global management consulting company predicts this trend will continue as companies invest in new technology to improve their operations and maintain a competitive edge.

The results are in
Accenture based its findings on a survey of executives at 40 metals and mining companies in the US and Canada. The results clearly show that, despite the economic downturn, 25 percent of mining companies have doubled their technology investments since 2010. Almost all the companies (93 percent) said they were satisfied with the payback on their digital investments. Only 5 percent said they would not increase their technology investments over the next three years. Ninety percent of the survey’s participants believed that adding technology to their operations adds value and revolutionizes their business.

The majority of these investments are in equipment automation and in integrating software and equipment to improve safety, security and surveillance. According to the survey, the next wave of investment will be in integrating all the different systems used in the mine.

Jose J. Suarez, Accenture’s managing director mining (North America), led the survey. He is also responsible for all of Accenture’s mining capital projects globally. “I grew up in the mining business,” he says. “I’ve been around crushers, mills and mines all my life.”

Suarez studied civil and mechanical engineering, later becoming an officer in the US Navy before returning to his roots in mining. “I’ve seen a lot of mines around the world during my career, and I’ve always seen technology as a way to help us make better decisions,” he says. “I am very excited about this trend toward digitalization.” 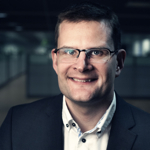 “Sandvik Mining has been pioneering and promoting mining automation and digitalization for more than 15 years, so it is really easy for me to agree with the report’s findings. Today, our customers report significant benefits that have been achieved with our AutoMine products – no lost time injuries, a significant increase in fleet utilization rates, real-time control and visibility of their mining process. These benefits have made the workplace much more attractive and produced more tonnes with lower costs.

“Our products are continuously being developed to become smarter – not only to make the operators’ jobs easier, but to enable seamless integration and communication with the rest of the mining process. This provides our customers with a solid platform to boost overall safety and productivity. Revolutionizing mining, however, starts with the people. This means interacting closely with our customers and providing smart services that allow them to optimally design their production processes, offering support throughout the life cycle of the mine.”

Digitalization and automation of the mining industry is not a new phenomenon, but it is picking up speed. Suarez refers to a recent presentation by Mark Cutifani, the CEO of mining group Anglo American, who made headlines when he said what many others have thought for years: that mining has been slow to react to new technological developments compared with the oil and gas industry, for example.

“Mining has been doing things the same way for the past half century, but we need to move forward,” Suarez says.

Slowly but surely
Mining companies are open to change, he believes, but technology must be implemented one step at a time. “You need time and training to make changes,” he says. “For example, using mobile devices to diagnose the condition of equipment is a fantastic idea, but some personnel will adapt to this technology quicker than others. And, as mining operations become more technical, miners will need to be trained to adapt to changing industry needs.”

Suarez believes that besides the cost and productivity improvements that come from the automation and digitalization of mining operations, safety is a key concern.

“Most mining companies I meet have a tremendous care for safety, not because of their bottom line but because they have a corporate responsibility,” he says. “They want to be a good contributor to the community so that people can return home safely every night.”

There’s another human aspect to the need to turn to automation and digital solutions. “Mining has an ageing workforce, so finding replacements for people retiring will be a challenge,” Suarez says. “That means the industry has to look at what automation can do to optimize human resources for operations.”

Worldwide phenomenon
Even though this survey focused mainly on North American and Canadian players, the trends and findings are influencing the industry worldwide.

“For example, in Australia’s mining industry, they typically have high labour costs and an issue with finding qualified staff, so they need to adopt automation a lot quicker,” he says. “The motivation in other regions may be a little less. Right now, I believe North American companies are at the forefront.”

Suarez says Accenture is currently expanding the survey to the other regions. He believes the technological developments in mining are unavoidable.

“Five to 10 years from now, you will see mines being operated remotely with a much higher level of safety performance,” he says. “Availability of data will make it easier to make decisions on which mines to operate and which to throttle down. The markets will have even more confidence in mining industry performance. But companies need to embrace technology sooner rather than later. If they don’t, they risk facing extinction.”