Halving its CO2 impact has become one of Sandvik Mining and Rock Technology’s most important targets for 2030. The company aims to accomplish that goal while delivering increased productivity and efficiency to its customers, its suppliers and itself.

Since the turn of the new millennium, what was once the cry of fearmongers has emerged as incontrovertible truth: the planet is getting warmer. Scientists and experts from fields as diverse as meteorology and fishing have witnessed the impact that climate change has on every aspect of life on earth, and most agree that these changes can largely be attributed to rising greenhouse gas emissions caused by human activity.

“Given that the mining industry accounts for 3 to 4 percent of global energy consumption and produces on average a gigatonne of CO2 every year, it falls to us at Sandvik Mining and Rock Technology and the industry as a whole to ask what we can do to help solve this crisis,” says Henrik Ager, president of Sandvik Mining and Rock Technology. “Add to this the fact that the mining industry must source many of the minerals and metals required for the low-carbon, eco-friendly technologies of the future, and you’ll begin to realize the gravity of the situation.”

Traditionally, commercial interests and sustainability initiatives have been pitted against one another. The belief that green business planning comes at the cost of productivity and profit is widespread, and this may be what is holding companies back from achieving their sustainability goals.

“At Sandvik Mining and Rock Technology, we’re championing the belief that sustainability goes hand in hand with productivity, and that businesses across the board should adopt this approach when addressing the climate crisis,” Ager says. “This idea sits at the heart of our sustainability initiative for 2030 and is an essential part of realistic goal setting. If a business is to make achievable sustainability targets, then profit and productivity must form part of the equation too.”

There are undeniable challenges facing a business wishing to curb its CO2 emissions. Many fear that they will have to sacrifice profits and that they will therefore be unable to keep their businesses afloat. In the current economic climate, demand for mining resources only continues to increase, and businesses must try to keep up with this demand while remaining conscious of environmental concerns. To top it off, new equipment that minimizes environmental impact can be costly, as can the introduction and implementation of new business plans that alter the way in which a company operates on every level.

However, after an initial period of upheaval and expense, businesses can expect to reap the rewards of their sustainability efforts. “Not only will we be building a better future together,

Why it’s vital we act now

but more sustainable business practice directly translates to greater productivity and efficiency,” Ager says. “It might seem counterintuitive at first sight, but the logic is in fact simple: greater efficiency means greater energy output per unit of greenhouse gas emitted. This idea can be put into action on all levels of a business, from operations to logistics, and we’re here to tell you how.”

Circularity is a prime example of how sustainability can feed into productivity. By reducing waste or repurposing what might otherwise be waste, a business becomes more efficient. For example, by redistributing the excess heat released in production processes and using it to heat buildings, Sandvik Mining and Rock Technology has reduced heating costs while cutting carbon emissions.

“In short, by finding uses for what might otherwise be disposed of, we reduce the materials that we need to create,” Ager says. “As part of Sandvik Mining and Rock Technology’s sustainability initiative for 2030, we will establish 90 percent circularity throughout the business. This standard will be a requirement for our own products and packaging material as well as for our key suppliers. 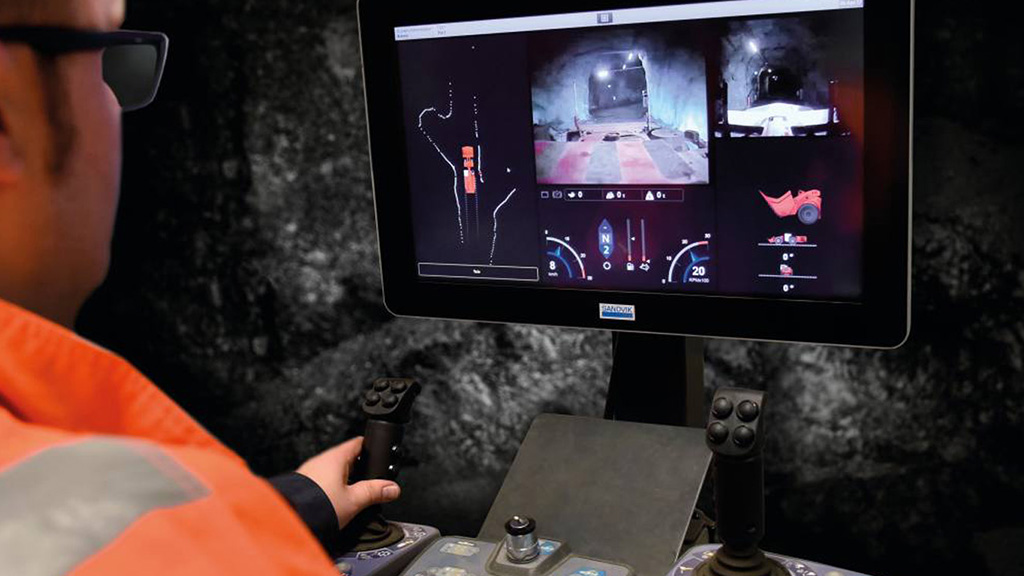 “This circular mindset also applies to our many rebuild solutions, whereby we refurbish our own products and prolong their lifecycle, reducing the need for more materials.

The right approach to logistics is also essential to reducing a company’s carbon emissions. It’s no secret that air travel is one of the world’s biggest contributors to greenhouse gases, so an appropriate alternative should be found where possible. To put things in perspective, around 100 times less CO2 is generated by transporting equipment by boat rather than by plane.

“At our Rock Tools division, we’ve managed to reduce our CO2 emissions by 10,000 tonnes by adopting this approach,” Ager says. “What’s more, air transport tends to be the most expensive way of getting your products from A to B, so you’ll be doing great things for your profit margins at the same time.

“A final key strategy in our sustainability initiative is increased automation and electric battery equipment,” Ager says. Automated equipment tends to be more efficient; it breaks less and delivers more for the same energy input. And battery-operated equipment produces less heat and zero exhaust emissions, which reduces its CO2 footprint significantly. By embracing the future of technology, companies can reduce their carbon emissions and bring down labour costs at the same time.

“We’ve laid down the plans for a more environmentally friendly approach within our own company,” Ager adds. “But the story doesn’t end here. If we’re to achieve our end goal – a more sustainable mining industry as a whole – we need to help our customers to achieve more sustainable business practices too. No man is an island, and if we’re to combat the climate crisis then we need to work together as an industry to bring down carbon emissions across the board.”

Launched by the International Council on Mining and Metals (ICMM) in 2018, the Innovation for Cleaner, Safer Vehic...

All in the family

From trainee truck operator to shift boss and training manager, Arlene Johnston parlayed her love of mining into a...