HEILBRONN, GERMANY. After 120 years of drill-and-blast extraction, one of Western Europe’s largest salt mines transitioned to continuous mining. The shift to a quieter method under urban areas has extended mine life by many years.

The Franken shaft’s blue headframe rises high above the surface facilities at Südwestdeutsche Salzwerke AG’s Heilbronn salt mine. The industrial area is just three kilometres north of the center of Heilbronn, a city of 125,000 people about 50 kilometres north of Stuttgart.

The Heilbronn mine is one of Europe’s first industrial salt operations. Drills struck the first rock salt in 1881. Mining began on December 4, 1885 – the St. Barbara’s Day holiday celebrated by miners in countries around the world – and the operation has been a key producer of rock salt and evaporated salt for business, industrial and pharmaceutical customers, winter road maintenance and household use ever since.

The mine can extract and hoist more than 4.5 million tonnes of raw salt each year. David Saage, department head of the rock salt unit, says weather-driven market volatility poses a challenge.

“We are dependent on winter business,” he says. “In a green winter, when there is no snow, the sales go down. When the snow comes, market demand increases and to maintain a continuous process with so much volatility is a challenge. When we get a white winter, we have higher volumes of de-icing salts, where we need a certain amount of flexibility in the equipment fleet.”

For 120 years, Heilbronn’s salt deposit was extracted exclusively using conventional drill and blast methods. Many of the hundreds of kilometres of tunnels comprising the Heilbronn mine today run directly beneath the city’s residential areas. In 2005, the mine looked to move away from drill and blast to a quieter mining method.

Heilbronn decided to implement mechanical cutting, introducing its first Sandvik MB770 continuous miner in May 2006. The machine’s performance was proven in coal but it had never been used in a salt mine. The introduction of continuous mining also required adjustments to the mine’s haulage and infrastructure.

Founded in 1883, Südwestdeutsche Salzwerke AG is one of Europe’s key salt producers. The company produces rock salt and evaporated salt for business, industrial and pharmaceutical customers, winter road maintenance and household use, including Germany’s famous Bad Reichenhaller brand. Südwestdeutsche Salzwerke AG employs around 1,000 people across four locations in Baden-Württemberg and Bavaria. The city of Heilbronn and the state of Baden-Württemberg each own a 49 percent stake in the company while the remaining 2 percent is free float.

Not only has continuous mining eliminated the downtime previously required for blast gas clearance, it has also minimized the need for crushing the extracted rock salt. Each continuous miner can excavate more than 100,000 tonnes per month.

“You only occasionally have to cut by hand,” he says. “The machine always cuts one metre. And the machine always drives a metre forward. We’ve set it to three cuts, so that the machine does 33 centimetres per cut. After one metre, you tram it forward one metre, and then you put the automatic mode on and it starts from the beginning again.”

Traub also drives the Sandvik TH540 from time to time, and favors it over the mine’s 30-tonne trucks. 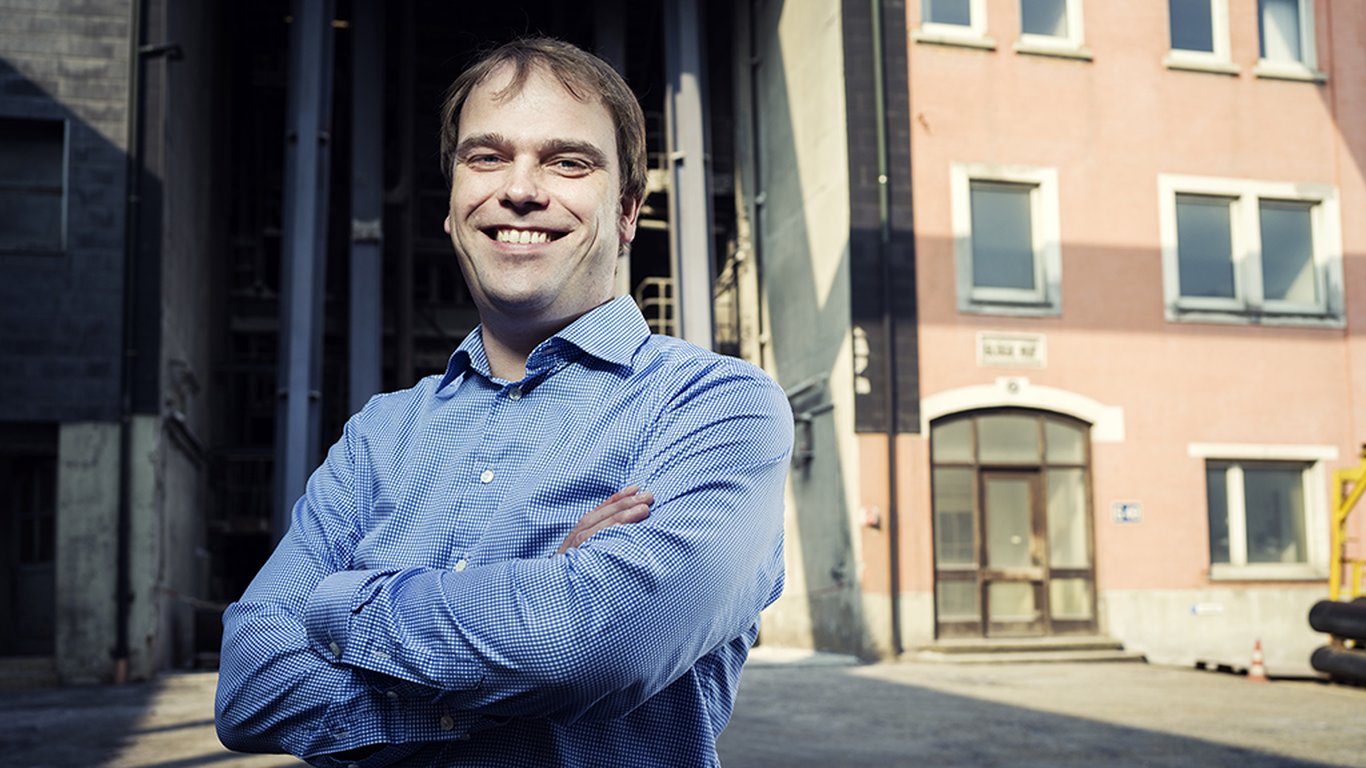 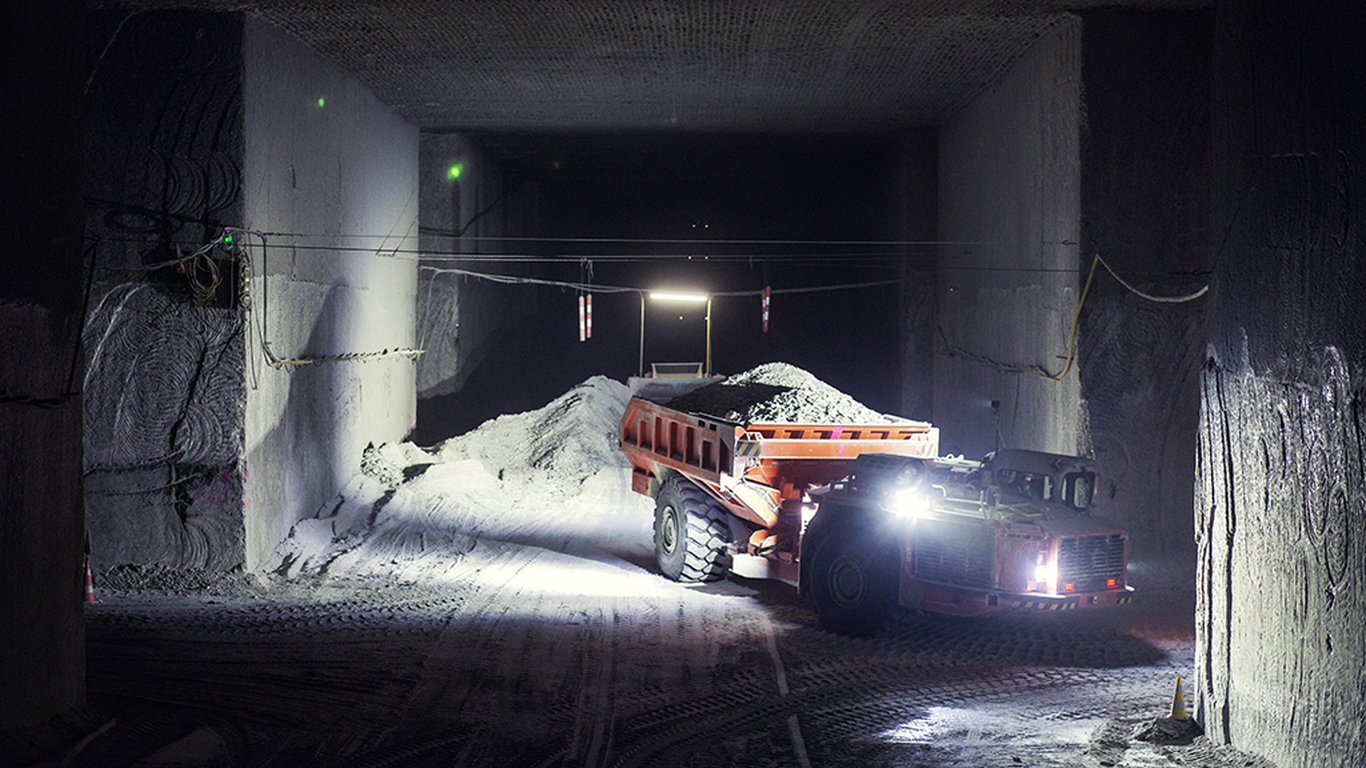 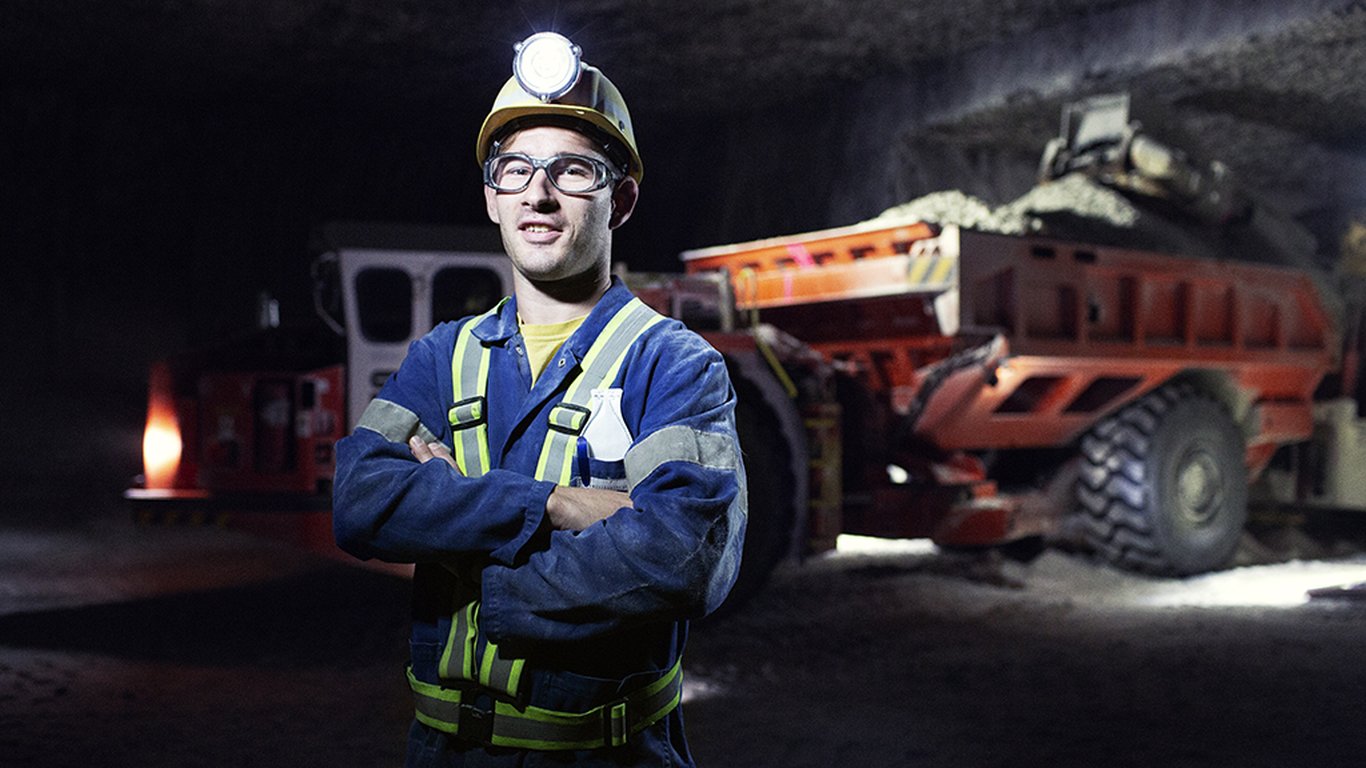 “You drive straight on, not like with the other trucks,” he says. “With them, you’re side on, similar to an underground loader. Here, we drive facing forwards. Only when reversing do you need to use the camera and mirrors. The Sandvik TH540 is a great match for Sandvik MB770.”

Heilbronn still operates three of its four Sandvik continuous miners and recently purchased a fifth. The mine’s first Sandvik MB770 is now on display in a visitors’ museum in Bad Friedrichshall. From May 2006 to March 2016, the unit mined around 8 million tonnes of rock salt, traveling more than 110,000 metres.

Heilbronn still utilizes drill and blast in some parts of the mine that aren’t directly below urban areas to compensate for seasonal peaks in salt demand. Seven-metre blastholes are drilled and each blast produces more than 1,000 tonnes of rock salt. Sandvik loaders transport the blasted rock salt to the crusher, which crushes the salt so that it can be transported by conveyor.

“The most important criteria for suppliers is reliability in terms of the availability of the machines, the ergonomics and the long service life of a machine,” says Saage, who has worked at the Heilbronn mine for 10 years. “The availability of the machines is the top priority. Machinery that isn’t running is superfluous. The Sandvik equipment has proven to be very reliable at Heilbronn.”