ZIELITZ, GERMANY. Equipment efficiency and reliability are crucial at the K+S KALI GmbH Zielitz potash plant, one of Germany’s largest and most modern potash mining operations.

With an annual crude salt production of 12 million tonnes from a single shaft, the K+S KALI GmbH Zielitz operation is one of the most efficient potash mines in the world. The valuable potash is used to produce two million tonnes of fertilizer, food grade salt and technical salts each year for customers around the world.

The operation is one of Germany’s largest and most modern potash mines, occupying an area underground similar to that of the city of Magdeburg. But it’s also actually Germany’s youngest potash plant, having commenced production in 1973.

Due to its thickness and high potassium chloride content, the Zielitz deposit is among the most valuable in Germany. It extends west from the Elbe River towards Wolfsburg at a depth of 1,200 metres.

Extracting 12 million tonnes of crude salt annually requires a workforce of around 1,800 employees and a fleet of productive, reliable equipment. Zielitz initiated a partnership with Sandvik in 2011 to implement mechanical cutting technology.

In the fast roadway development project K+S saw potential to access the deposit area more quickly with mechanical cutting than the existing drill and blast method.

Holger Kohlhauser is the head of production preparation at Zielitz.

“We could increase the excavation performance in roadway and panel development, which makes a significant contribution to safeguarding production 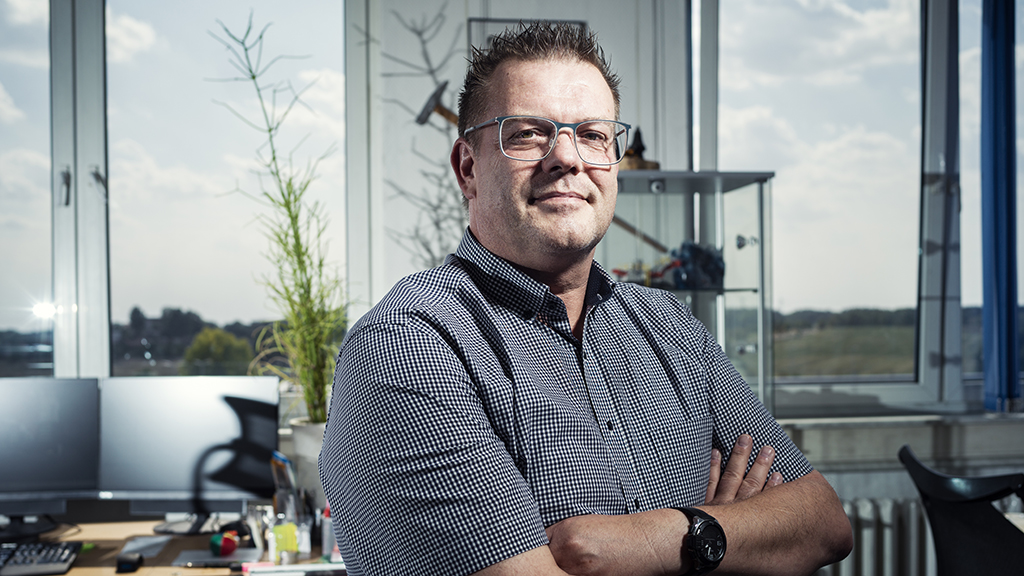 for the coming years,” Kohlhauser says. “We chose, therefore, to make a promise to ourselves in terms of speed. We wanted to enter the mining area Zielitz 2 quickly, to secure further production capacity for the mine.”

Michael Kiesler is one of the Sandvik MT520 operators responsible for roadway development.

“The pure power it has is what’s fascinating,” he says of the roadheader. “And I’d say the vibration, the way the machine functions, has improved as a result of the autonomous cutting. Before autonomous cutting, we used to cut three metres per shift. That was the efficiency with one truck. Now we achieve up to 4.2 metres per shift with one truck and 5.6 metres with two trucks.”

The automatic cutting capability of both Sandvik MT520 and Sandvik MB770 has proved to be a major benefit, especially over shift change. When operators leave the Sandvik roadheader or continuous miner, a truck operator positions a Sandvik TH540 under the equipment’s conveyor. The mechanical cutting equipment stops automatically when the truck is loaded.

Located 20 kilometres north of Magdeburg in central Germany, the Zielitz potash plant is the largest of K+S KALI GmbH’s five mining plants, accounting for around 30 percent of the company’s total output. Zielitz is one of the world’s biggest and most modern potash mines, with an annual crude salt mining capacity of approximately 12 million tonnes. The plant produces around 2 million tonnes of saleable end-products each year, including potash fertilizer, potassium chloride 99% for industrial applications and products in food and feed quality. Zielitz began production in 1973 and has been part of the K+S Group since Germany’s east and west potash industries merged in 1993. The site has a workforce of around 1,800 employees.

“The advantage of this unmanned cutting is that we generate more cutting time as a result,” Kohlhauser says. “In the last year or so, there were almost 90 metres where the machine ran unmanned. So we got those 90 metres for free.”

In 2015, K+S and Sandvik collaborated to develop an interactive training concept for the mechanical cutting equipment. Sandvik implemented the concept in a simulator tool, enabling realistic training to help operators prepare for real underground application.

Based on a 3D animation of a Sandvik MB770 continuous miner combined with photos of the equipment, the tool helps operators identify risks and understand safety devices.

“We try to impart complex relationships to employees in an understandable way in terms of safe behavior on all machines,” Kohlhauser says. “Impart, learn and check. Those are the three components of this interactive training tool.”

In addition to the Sandvik roadheader, continuous miner and trucks, Zielitz also relies on a fleet of Sandvik LH621 loaders that shovel 21 tonnes of crude salt into the mine’s conveyor system each trip.

Of the nearly 300 Sandvik LH621s in operation around the world, almost 10 percent are now used in German and North American salt and potash mining.

“In 2011, we started here with one loader,” Kohlhauser says. “We now have seven. By the end of the year, we will operate nine loaders from Sandvik. That shows the performance of the loaders.”

Dirk Güldenpfennig stands outside the cab of a Sandvik LH621. He’s been its regular operator since it arrived underground in 2013. 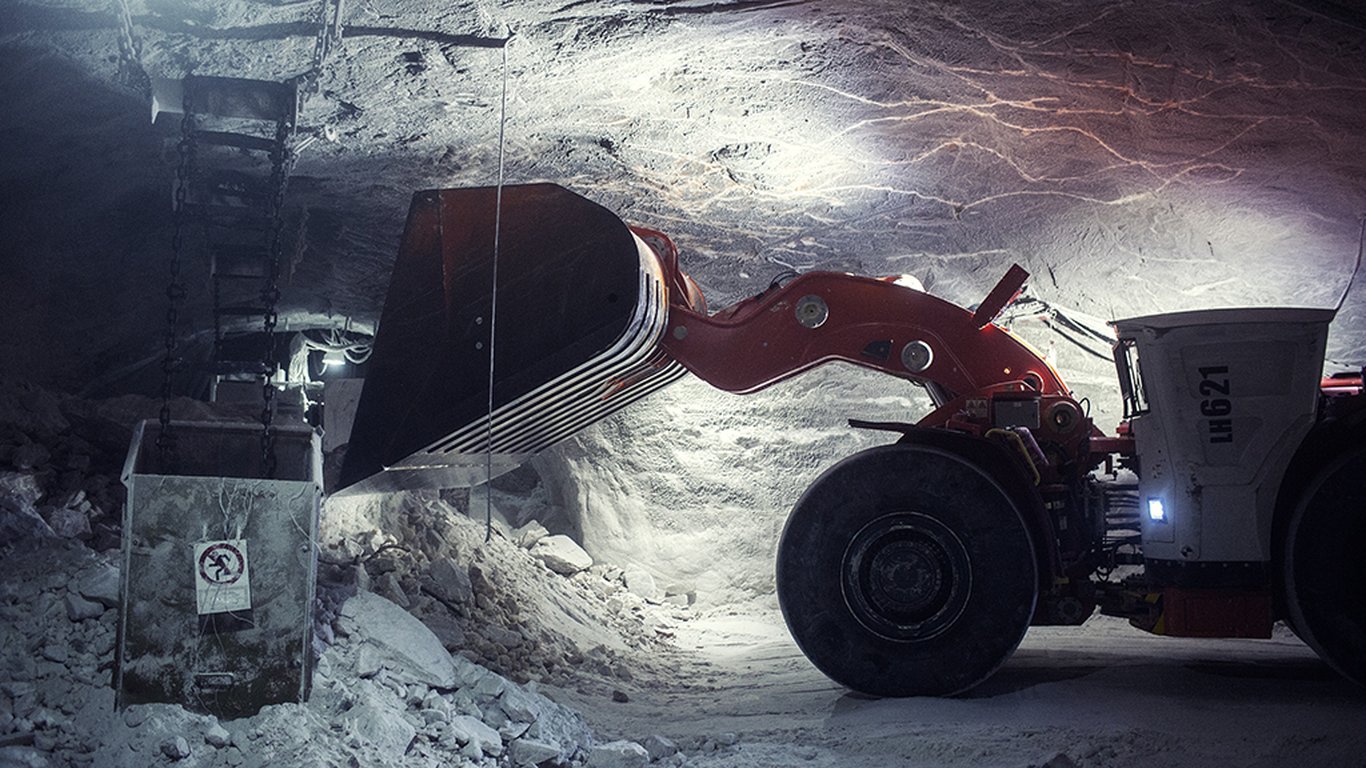 In addition to a Sandvik roadheader, continuous miner and trucks, Zielitz also relies on a fleet of seven Sandvik LH621 loaders. 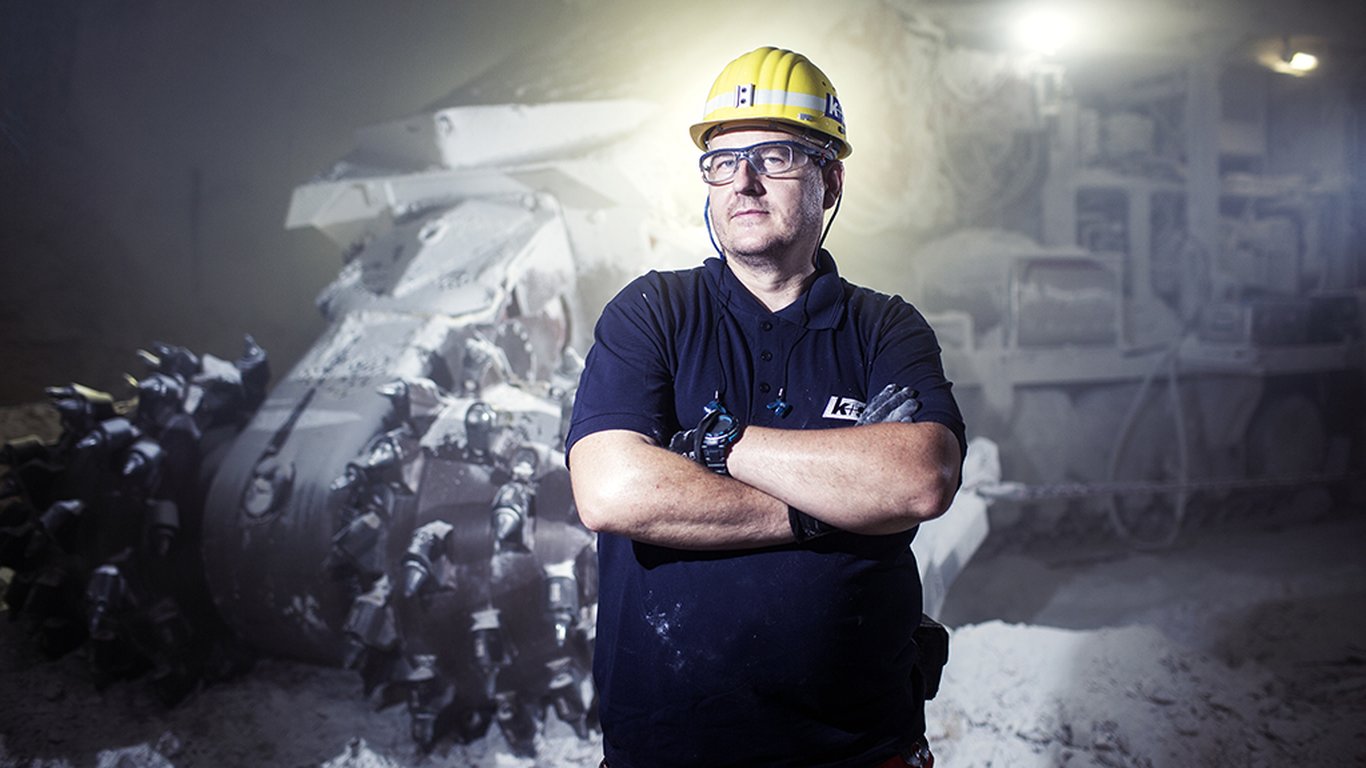 The mine’s production department is pleased with the performance of the Sandvik equipment and expects the strong partnership between Zielitz and Sandvik to continue.

“I would definitely recommend the company,” Kohlhauser says.

One of the world’s leading producers of potash and magnesium products, K+S KALI GmbH extracts crude salts containing potassium, magnesium and sulphur from its five mines in Germany. These are used to produce a range of fertilizers and primary products for technical, industrial and pharmaceutical applications. Founded in 2002 and based in Kassel, Germany, the company belongs to the K+S Group and employs about 8,000 people.