Founded in 1147 and just a few minutes’ drive south of the quaint town of Navan in Ireland sits the Bective Abbey, an amazingly well-preserved grey stone Cistercian church that has graced the Emerald Isle’s countryside for centuries. The sprawling site is a tribute to strong foundations and ingenious design, both of which have helped the old structure stand the test of time. Drive a little westward from town and you’ll find Boliden’s Tara mine, a testament to similarly shrewd planning and one that looks to replicate the longevity displayed by the abbey while remaining productive in an ever-challenging market.

Commissioned in 1977 and with annual production of 2.6 million tonnes of ore, Tara is Europe’s largest zinc mine despite a relatively distinct orebody. “The dip of the orebody is challenging in that it is a shallow dipping orebody,” says Tara mining manager Tom Bailey. “That means from a productivity point of view there’s a lot of development that we need to continue to access the orebody. Where the orebody is thick it’s still well suited to longhole open stoping, but where it gets somewhat shallower the challenges increase.”

Declining grades also add to the list of hurdles Tara must overcome. When the mine was commissioned in 1977, zinc grades were around 12 percent. “The grades we’re mining now are much lower,” Bailey says. “Last year it was 6.3 percent, this year it’s going to be 5.7 percent, and in the future we expect it to drop to 5.3 percent. So our return per tonne of rock mined in terms of metal content is decreasing, which obviously affects our profitability. You really need to offset that in some way, and we’ve focused on improved productivity and reduced cost to deal with those declining grades.”

Gerry McDonagh is head of mine production at Tara mines, and it’s his job to make those offset goals a reality.

Boliden’s Tara mine in Ireland is Europe’s largest zinc operation and one of the largest in the world. Since mining began in 1978, more than 85 million tonnes of ore have been extracted. Boliden acquired the mine in 2004. Thanks to exploration and acquisitions, the mineral reserve and mineral resources have grown continuously. In recent years, Tara has focused on improving its cost position through productivity-enhancing investments and savings measures. Around 2.6 million tonnes of ore are mined annually for the production of zinc and lead concentrates.

“We approach our objectives by trying to bring in the best technology, methods and people to realize our vision,” he says. For the team at Boliden, that includes an automated solution provided by Sandvik. “When you look to introduce anything into your mining environment, you assess it from a holistic viewpoint,” McDonagh says. “We looked at it for the productivity it provides, sure, but also the safety and health benefits as well.”

Bailey concurs. “When I think about productivity, I think of increased utilization of the equipment, which reduces your capital requirements,” he says. “Increasing volume at the same cost is also huge for us, and some of it comes from the use of automated trucks and loaders over shift change, for example.”

Tara started to think about automation in 2011, visiting other mines, such as Kidd Creek in Canada, which was far progressed in its loading and hauling automation solutions. By 2015 the mine began automated trials in a closed, dead-end area of the mine to determine the feasibility of the system. When the trials proved effective, the next step was identifying the best possible places to implement the system to maximize the return on investment. For Tara, that meant its mucking operation where the mine could typically load directly from a stope into a truck or into an ore pass.

“It’s still been a bit of a learning curve for us,” McDonagh says of the automation journey. “We had to learn how to set it up properly first, and of course we made mistakes. Then we had to convince our 580 employees that not only would they not lose their jobs, but they’d be made easier, so it’s been a challenge, no doubt.

“We once had an incident where an operator passed by the laser gate and all the equipment shut down,” he says. “That experience, as much as we didn’t want it to happen, was a benefit as people realized the system works. Automation has also amalgamated certain job roles, freeing people up to help out in other areas and make us more efficient.”

Tara has purchased one Sandvik DD422i jumbo and two electric Sandvik DD422iE rigs, all of which have a high degree of automation in terms of their drilling accuracy, maximizing their advance per round. “Typically, we get around 4.5 metres per round, and on straight drives we’re getting more than five metres per round with those rigs,” Bailey says. “In addition to that, the rigs have auto drilling, so quite often over lunch we’ll leave the face drilling on auto. This gives us better assurance that we’re getting that development round done in a given shift.” 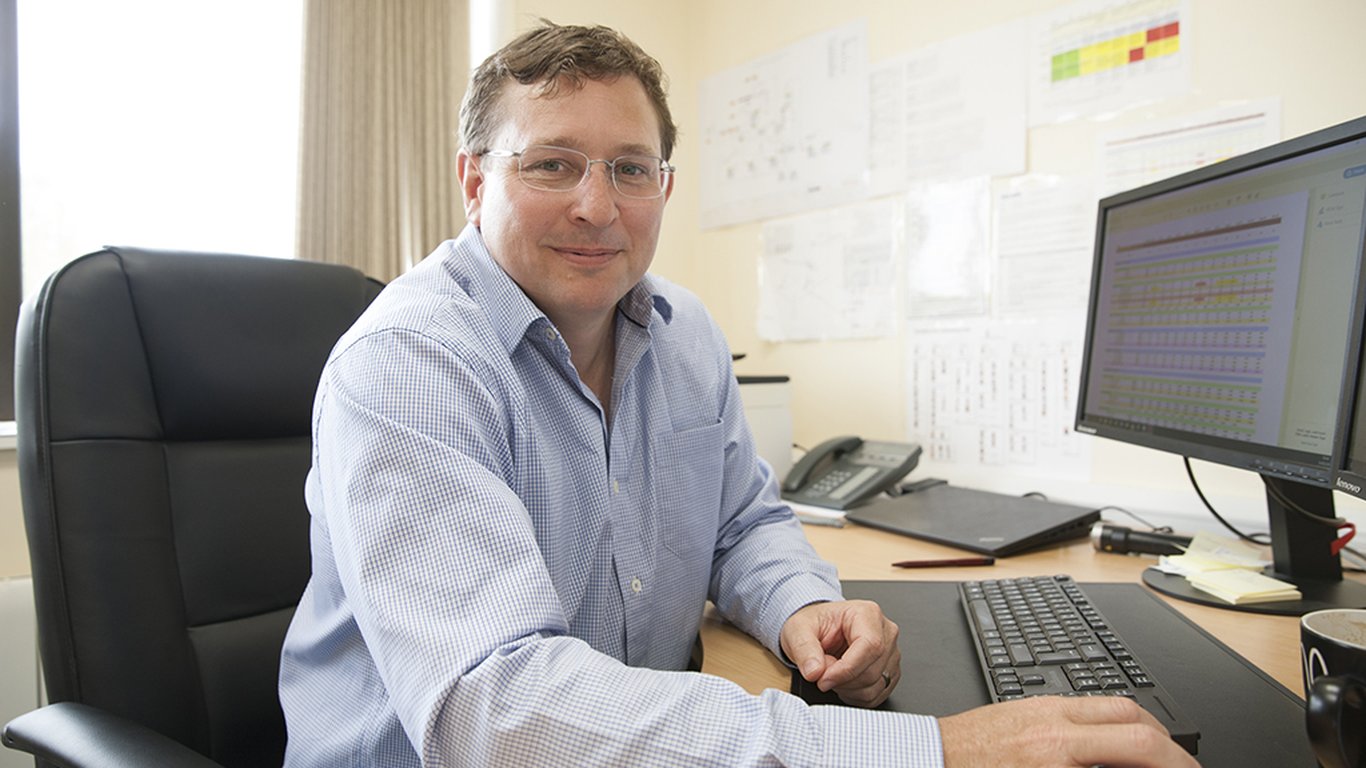 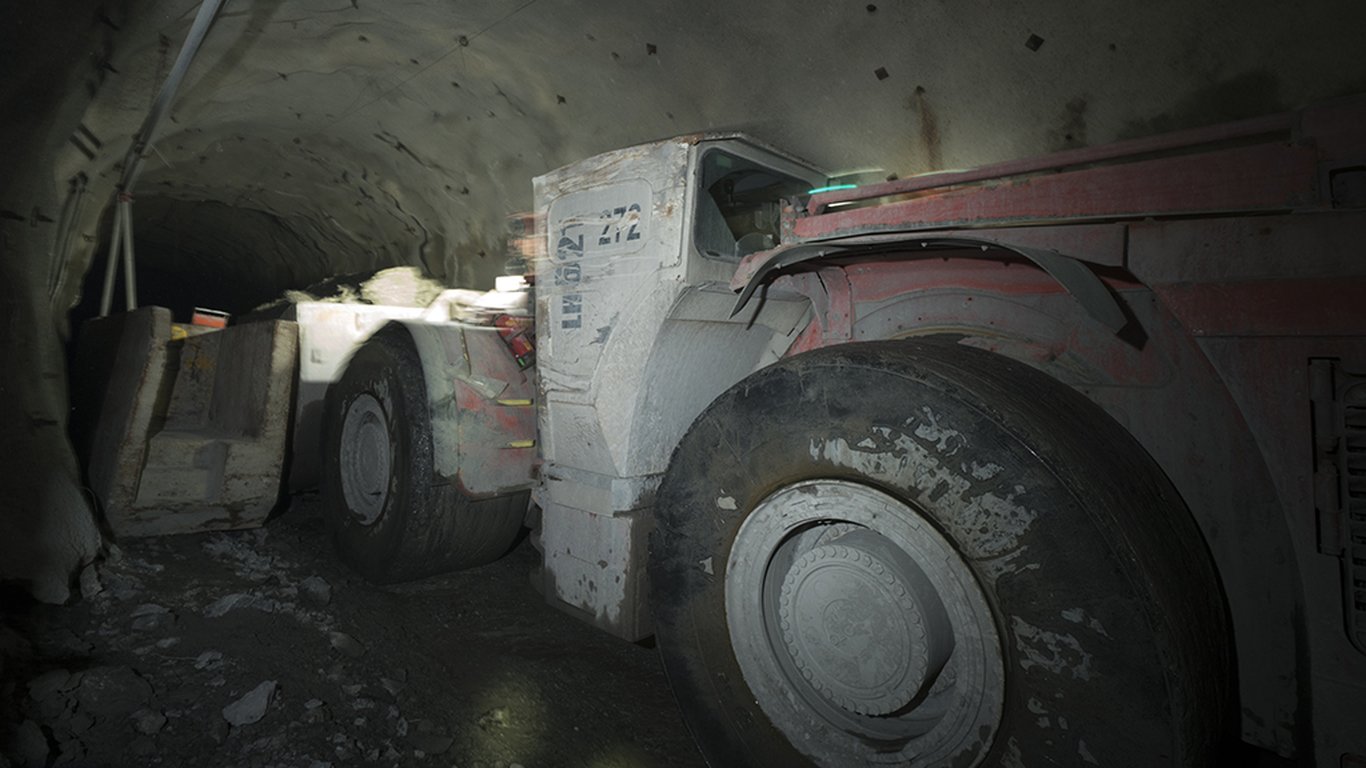 Tara mine has invested in a fleet of automation-ready load and haul equipment.

Along with the three intelligent Sandvik jumbos, Tara has invested in a fleet of automation-ready load and haul equipment, including three Sandvik LH517 loaders, two Sandvik LH621 loaders and one LH621i loader, as well as one Sandvik TH663i truck. All of these complement another eight underground trucks and drill rigs from Sandvik.

“The automatic operation of the equipment also results in less wear and tear,” Bailey says. “Scanners prevent them from hitting walls or objects in the road, which decreases damage and maintenance costs, and because we’re increasing utilization we’re also reducing our capital requirements.”

By removing people from hazardous areas, the company is improving employee safety. Operator Paul Finnegan loves working in the control room above ground. “The benefits of working with automation are definitely the safety, not to mention you get to enjoy the beautiful Irish weather sitting up top in the control room,” he says with a grin. “And it took only around two weeks of training before I became the expert that I am today.”

The automation journey is not yet over, but the preliminary results are in. “With longhole drilling, the introduction of automation, which will be expanded next year, has already provided a capacity increase of around 15 percent so far,” Bailey says. “In terms of utilization, particularly where there is a full bottleneck, we’ve done up to 30 percent of our drilling on auto and fully utilized the additional capacity.

“When it comes to trucking and mucking,” he says, “automation has increased capacity with one truck, with another ordered already for next year, by around 10 to 15 percent by being able to operate over shift change and over blocks that are isolated from the other mining areas continuously during a shift.”

”We approach our objectives by trying to bring in the best technology, methods and people

The partnership that Boliden shares with Sandvik is a special one. “We really do work well together,” McDonagh says.

“Along with the amazing service and training, including providing drill masters onsite to ‘up-skill’ our staff and sharpen our bits, Sandvik has provided us with a comprehensive drill consumables contract that is really a joint approach to sharing costs, where consumables are lost or damaged.

“We also send our trainers to the Sandvik Master Driller programme, which provides the highest training levels available in the industry,” McDonagh says. “Our trainers bring that knowledge back to the workforce, which in turn improves the operation of all our drilling equipment and reduces our consumable usage. We even trial new equipment for them, and we’re the first company in Europe to get the Sandvik LH621i loader, which is evidence of the trust we have in each other.”

The two companies are also engaged in a similar partnership when it comes to automation. Sandvik on-site specialists are there to assist in the automation journey, to ensure all of Boliden’s goals are met from a productivity, safety and sustainability standpoint.

Boliden is an industry leader when it comes to sustainable operations, and it invests heavily in energy-efficient initiatives, from spending a million euros to upgrade its underground water system to rehabilitating its tailings dams so that livestock can be grazed. Automation is another key cog in the sustainability focus for the company, one that they are maximizing with their partnership.

“I think Sandvik and Boliden Tara both understand that if we take a partnership approach, there will be mutual benefits derived for both companies,” Bailey says. “And that’s the kind of partner that will help us stay productive for the life of the mining operations here at Tara.”

Boliden’s open pit and underground mines are some of the world’s most productive. The company continually develops new techniques and methods of exploiting resources in the best possible way and invests heavily in maintenance technology. Boliden works constantly to modernize and streamline the design, planning and management of its mines in Sweden, Finland and Ireland to further raise quality.