A recent study by the Oxford-based iOpener Institute for People and Performance found that miners across the globe are not only some of the most productive employees, but also rank among the happiest.

The happiest employees were found in food service, retail, health care, education and consulting, with mining employees ranked sixth, well ahead of other industries such as telecom, automotive, civil engineering and advertising. The study analyzed responses from more than 45,000 professionals in a wide variety of industries. Workers in the mining industry scored a higher-than-average rate of 62.1 percent in the category “time on task” — the total hours workers actively produce output that makes a tangible contribution to their organization. 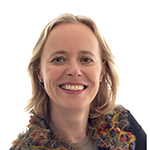 Why do you think miners rank so high on the IPPQ’s Happiness at Work scale?
Miners often work in small groups, and they are highly reliant on each other for personal safety, which means they have high levels of trust. They also often work in close physical proximity to each other, too. And that breaks down barriers and further increases trust. Our research shows that employees who forge very strong personal and therefore community relationships are often happier at work and as a result stay longer in their jobs.

Miners also scored higher than average on the “time on task” category. Why do you think that is?
Because the work they do is very easy to measure, so it’s quite straightforward for them to quantify their time on task. And they are all very aware of what’s happening when they get “stuck” and they know what it takes to get “unstuck” because of safety and other regulations. But above all, when you have happy employees they are just on task most of the time; the two are highly correlated!

Why is it important to be a happy employee?
Our empirical data has found that a happy worker is a high-performing one. Compared with the unhappiest employees, the happiest employees: spend twice as much time on task, have 65 percent more energy, intend to stay in the role 4 times longer, take one-tenth of the sick-leave days that their least-happiest colleagues do.

And for an employer, the cost of unhappy employees is huge. Employees who are really unhappy at work spend only 40 percent of their time on task. That’s two days a week. In effect an organization is losing about 100 days’ work.

What variables are the most relevant in determining happiness, productivity and performance?
For us, Happiness at Work is a research-based and practitioner-driven model. Our Performance-Happiness Model is made up of five important components, which we know as the 5Cs:
• Contribution: what you do
• Conviction: your short-term motivation
• Culture: your feeling of fit
• Commitment: your long-term engagement
• Confidence: your self-belief

And, to be happy at work, an individual must have a sense of achieving their potential, which is why it lies at the heart of the model.

In a move to control energy costs, and take care of the environment, more mines are looking to renewable energy so...

The tough Sandvik HX900 material has helped a copper mine in Arctic Sweden improve environment, health and safety ...

First all-electric mine gets the green light

Sandvik and Goldcorp partner to develop the first all-electric mine in the world.