Sara Seager is an astrophysicist and planetary scientist at the Massachusetts Institute of Technology.

Her scientific research focuses on theory, computation and data analysis of exoplanets, or planets outside our solar system. Her research has introduced many new ideas to the field of exoplanet characterization, including work that led to the first detection of an exoplanet atmosphere. She is involved in the MIT-Harvard REXIS instrument on NASA’s OSIRIS-REx asteroid sample return mission.

What are the most alluring space mining targets?
Asteroids. Asteroids are valuable for mining because metals of interest should be right under the surface. In contrast, on Earth and other planets, most of the heavy elements have sunk deep inside in a process called planetary differentiation, which occurs during an early hot phase under the planet’s gravity. Moreover, asteroids have low gravity, making them easier to land and take off from as compared to other solar system bodies such as moons and planets. Asteroids are numerous, with nearly 10,000 designated as “near Earth asteroids.” 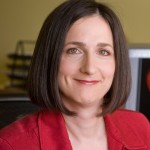 Why are companies looking at asteroids as sources of metals?
The sheer amount of useful material, including iron, nickel, sulphur and platinum group metals, in an asteroid is compelling enough to motivate mining. One of the most interesting valuations is that one platinum-rich asteroid 500 metres in diameter actually has as much platinum in it as has been mined in the history of mining. So many asteroids are close enough to Earth to feasibly envision multiple spacecraft mining and return.

Several of the companies planning to mine in space are initially focused on water. Why?
Water from asteroids is a key resource in space for many reasons. Chief among them is that water can be converted to rocket propellant when first broken up into hydrogen and oxygen and then combining the hydrogen with nitrogen to form hydrazine. Beyond spacecraft refuelling, water can be used for human survival in space as both liquid water and breathable air. Water can also be used for shielding against life-damaging radiation. High-energy cosmic rays can be absorbed by water, and the fragments of water themselves are harmless.

How important is water in space exploration?
Water is relatively accessible and has many functional uses making it key is space exploration. Given that launching material from Earth to space is priced at thousands to tens of thousands of dollars per kilogram, exploiting water in asteroids — sometimes dubbed “space depots” — is invaluable to reducing the cost of space exploration.

What sorts of technological advances have made space mining a more feasible idea?
Technology already exists for spacecraft to travel to an asteroid, get into an orbit around an asteroid, land on an asteroid, scoop up material and deliver the sample back to Earth. Newer technologies such as deep space optical communications and efficient micro-propulsion are well on their way. Most critical is development of cost-efficient asteroid extraction and processing technologies that work robotically in microgravity under autonomous control.

What is the scientific basis for making asteroid mining a feasible idea?
Small asteroids, or meteoroids, fall to Earth as meteorites. Tens of thousands of meteorites have been collected and studied in sophisticated detail. In addition, scientists use large telescopes to obtain optical and infrared spectra of the asteroid surfaces and make connections between asteroid types and their remote appearance. Several spacecraft have visited asteroids to take up-close measurements and in one case even a sample return. Planetary scientists therefore know, in general, what asteroids are made of and that asteroids contain valuable metals.

How would you envision precious metals mined in space delivered back to earth?
Tiny spacecraft that return to Earth and drop capsules that are designed to sustain reentry into Earth’s atmosphere. Others envision a method to capture, tow and release a small asteroid into an orbit somewhere near Earth. The asteroid could be repeatedly visited and mined by robotic spacecraft or even humans. There is no consensus yet on such a plan or on how risky for accidental Earth impact moving an asteroid closer to our planet might be.

What implications could the development of a space mining industry have for the global economy?
Flooding the market with “rare” materials could have interesting consequences. If the world’s supply of platinum is increased by factors of 10 or more, the price will come down, but at the same time the material becomes more affordable to put to more applications. Rare materials such as the platinum group metals are valuable not just because they are rare on Earth but also because of their useful catalytic properties, high melting temperature, good conductivity and other properties. In addition, any supply of rare earth elements would free up reliance on the small pockets on Earth and the monopoly of one or a few countries.

What implications could the development of a space mining industry have for human civilization as a whole?
Space mining will open up large-scale exploration of the outer solar system and human space travel to the outer reaches of the solar system and beyond. Using resources in space for space gets around the cost-prohibitive major limitation of launching all material from Earth. It has been said that three things motivate people: fear, curiosity and wealth. Curiosity has not been enough to open up space — there has not been a human-crewed mission beyond the Earth-moon system — and it appears that our best shot at become a space-faring civilization is the anticipated highly profitable asteroid mining business.